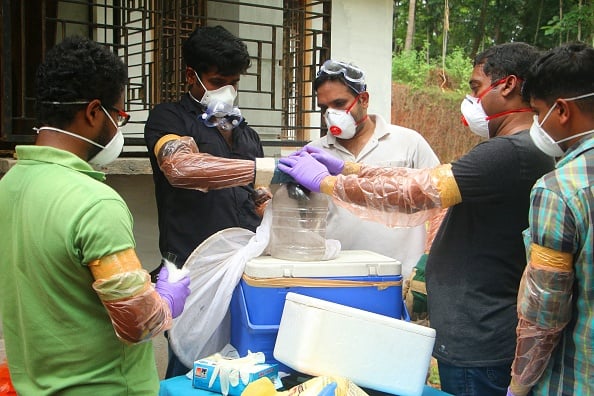 The governments of Bahrain and the UAE and other groups in the Gulf Cooperation Council have asked citizens and residents to avoid travelling to the southern Indian state of Kerala due to a virus outbreak.

The Nipah virus, which can cause flu-like symptoms and brain damage, has so far killed 10 people with at least nine more being treated.

Most of the deaths are concentrated in the north of the state.

Bahrain’s consulate in Mumbai advised citizens to be cautious until the outbreak is under control.

Due to the spread of the dangerous #NipahVirus in #Kerala, South #India, citizens are advised to be cautious, till situation is under control.

A similar warning was issued for Emirati citizens by the UAE consulate in Kerala.

“The consulate general of the United Arab Emirates in Kerala and South India advises citizens of the state to take precedence and follow the safety instructions issued by the Indian authorities concerned,” it said on Twitter.

Nipah is spread to humans by fruit bats and other animals. It is hard to diagnose but symptoms include fever, vomiting and headaches.

Authorities have set up medical camps across the state to control the spread of the disease. At least 40 people are in quarantine and state and federal ministries say the situation is under control.

Head of internal medicine at Oman’s Badr Al Sama Hospital, Dr Bashir A P, warned Indian expats travelling from affected areas back to the sultanate to be cautious.

“More importantly, if you are an expat and you fall ill in one of these affected districts, you had better not take a chance and stay back, even if it is mild fever. One should contact his/her employer and let him/her know that this can be a grave matter,” he told Times of Oman.