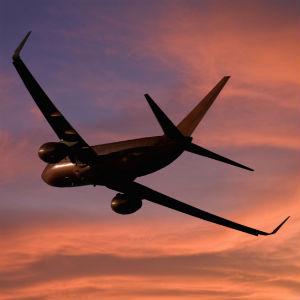 Qatar Airways, Bahrain Air and Gulf Air are among the firms in pre-qualified consortia bidding for a new airline licence in Saudi Arabia, an official from the General Authority for Civil Aviation (GACA) with knowledge of the matter told Reuters on Saturday.

This month GACA said 14 companies had applied for licenses to operate domestic and international flights in the country, seven of which have been short-listed.

Saudi Arabia, the biggest Arab economy with a population of over 27 million, still has one of the smallest airline networks in the region relative to its size.

Saudi Arabian Airlines, the national carrier, and private low-budget carrier National Air Services (NAS) are the only options for flying within the country, where demand for flights is high.

More than 54 million passengers passed through Saudi Arabia’s 27 airports last year, according to data from GACA, rising 13.6 per cent from 2010.

Licenced foreign carriers can fly in and out of Saudi Arabia but not within.

With a price cap on domestic flights, private airlines have struggled with profit margins. In 2010, the kingdom’s third carrier, Sama Airlines, was forced to suspend operations.

Most of those seeking a license are eyeing low-cost flights in the kingdom, where business travel is rising and religious tourism is booming.

GACA will meet with the seven pre-qualified consortia in August and the deadline to submit bids will start in September, the official stated.

The announcement of the winning firms or consortium will be in October while operations are expected to start at the end of next year.