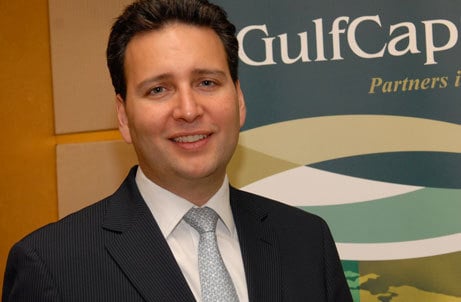 Abu Dhabi private equity firm Gulf Capital is close to signing a Dhs1.32 billion ($359.38 million) Islamic loan for its company Gulf Marine Services, some of which will be paid out to investors as dividends.

Gulf Marine, the largest operator and owner of jack-up barges in the Middle East, said on Monday it was due to sign the syndicated Islamic loan with Abu Dhabi Islamic Bank.

Gulf Capital, which owns 79 per cent of Gulf Marine, had hoped to receive about $500 million from the sale of the group but talks collapsed last year partly due to financing issues and differences over valuation.

The chief executive reiterated that Gulf Capital was still exploring a potential stock market listing for Gulf Marine – one of the biggest assets in its portfolio – on a major stock market such as London or Singapore in two years’ time.

Private equity firms buy companies with the aim of selling or listing them later at a profit.

Dividend recapitalisations, a process that adds to a company’s existing borrowings so it can pay a dividend, are becoming more common among European and Middle East private equity firms as a lack of M&A activity has prompted them to look for other ways to get value out of assets.

Gulf Capital’s dividend recap deal follows a similar move by Bahrain’s Investcorp for its Berlin Packaging business, in which the firm raised a new $610 million loan to fund a payout to shareholders and existing management.

In the first quarter of 2013, UK pet-shop chain Pets at Home and Spanish metal packaging firm Mivisa both did dividend recapitalisations.

Gulf Capital, which has around $2 billion in assets under management, plans to double them 2018, El-Solh said earlier in the year.