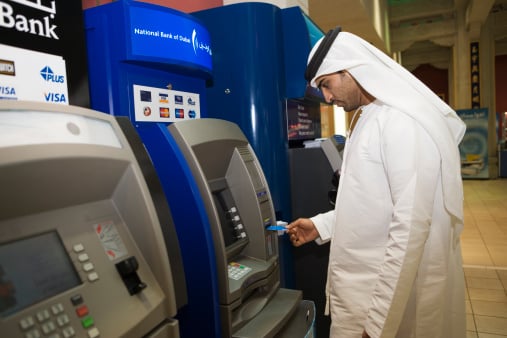 Following above average results in 2013, the year 2014 has been a stronger one for Gulf banks and the GCC banking sector overall. Banks in the region have achieved higher net earnings in 2014, driven by loan expansion, increased fee and commission income and other non-interest gains, and lower provisioning charges as credit and investment quality has improved.

This trend should be maintained in 2015 provided economic growth in the region remains at a good level, loan asset quality has improved further and asset prices remain solid.

The one caveat is the price of oil, which has fallen sharply over the past six months and is now at its lowest
level for some years. If the price remains depressed, this will obviously put some pressure on Gulf economies and have a knock-on impact on banking performance.

Improvement accelerated in the first nine months of 2014 to end September as net profit of GCC banks increased by 22 per cent over the period. Net profit of banks in the UAE rose the highest, up by 37 per cent followed by Qatar with 25 per cent, Kuwait with 22 per cent and the Kingdom of Saudi Arabia with 12 per cent.

Asset growth in the GCC banking sector has remained solid in 2014, rising by 10 per cent for the nine-month period to end September 2014. Once again, Qatari banks have led the growth in assets although the gap has narrowed.

Qatari banks experienced a growth of 12 per cent year-on-year to end September 2104. This was followed by UAE and Kuwait banks at 11 per cent, and Saudi banks at nine per cent. Omani banks are also seeing good growth whilst banks based in Bahrain have seen more modest growth.

Credit growth in the region was up by nine per cent year-on-year to September 2014. Banks in Qatar saw credit growth of 13 per cent followed by Saudi banks with 9 per cent, and both UAE and Kuwaiti banks with 7 per cent.
Loan expansion has not been quite as high as in 2013 but nonetheless remains robust. High levels of government spending and capital expenditure projects have been maintained.

Retail and consumer loans have continued to grow, reflecting increased disposable incomes, despite restrictions placed on retail credit expansion in some GCC countries.

Loan asset growth has helped to buffer interest margins that have remained steady. Yield on assets have declined marginally due to competition.

There is some disparity in the markets – Kuwaiti banks have seen relatively strong growth in net interest income this year, as have banks in Qatar and the UAE.

In contrast, Kuwaiti banks saw a decline of 20 per cent due to a fall in non-fee income. Core fee and commission income remains the main source of non-interest income for GCC banks, as opposed to gains on securities for example.

Fee and commission income has again been very strong at banks in the UAE this year (growth of 29 per cent) followed by Qatar with 25 per cent Saudi at 14 per cent and Kuwait at 10 per cent.

Some individual bank performances have been eye-catching. The UAE’s Emirates NBD grew its net profit for the year to end September 2014 by over 100 per cent, aided by significantly lower provision expenses.

Emirates NBD also benefited from a favourable shift in the asset mix on account of retail and Islamic business, growth in current and savings deposits (CASA) and contribution from Egypt.

National Bank of Abu Dhabi reported a 32 per cent year-on-year growth in net profit mainly due to strong growth in non-interest income and a very large decline in provision charges.

Abu Dhabi Commercial Bank reported a 16 per cent growth year-on-year to end September 2014 mainly due to a sharp fall in provision expenses.

Commercial Bank of Qatar achieved a strong 73 per cent increase in net profit for the year to end September 2014 on the back of higher non-interest income and a large decline in provisions.

This was followed by Qatar National Bank, which reported a 24 per cent increase in its net profit due to higher revenue growth and lower provisions. Asraf Al Rayan achieved a 22 per cent growth in its bottom-line to end September 2014 due to expansion in net and non-financing income. Qatar Islamic Bank saw a 17 per cent increase in net earnings in the twelve months to September 2014 on account of improvement in financing income and fee income and a fall in provisions.

Amongst Kuwaiti banks, Burgan achieved a net profit of KWD15.4 million in the third quarter of 2014 compared to a KWD10.3 million loss in Q3 2013, due to significant reduction in the bank’s provision expenses.

Gulf Bank recorded an 11 per cent year- on-year increase in its net profit in Q3 2014 due to higher operating profit.

Performance wise, Qatari banks remain amongst the best. Banks in Qatar have maintained their loan growth momentum due to an increase in public sector spending and continued high economic growth. Acquisitions made by Qatari banks such as Qatar National Bank have also driven loan growth.

Qatar National Bank again recorded the highest net profit figure, followed by National Commercial Bank. Al Rajhi remained the most profitable bank (by asset based returns) amongst the region’s largest ten institutions, but only just,
as its return on assets has slipped over recent time.

Much of the improvement to bottom line profitability has been due to reduced provision charges for GCC banks.

Loan asset quality has improved for banks in the region throughout 2014. The level of non-performing loans in
the region is estimated at 4.3 per cent of gross loans currently, down from a level of 5 per cent in 2013.

There remains significance variance in non-performing loans between countries, ranging from a low of 1.5 per cent in Saudi Arabia to a high of 8.6 per cent in the UAE.

The UAE ratio, the legacy of real estate and other corporate loan issues, has fallen and should continue to do so in 2015.

VARIANCE IN PERFORMANCE BUT GAP CLOSING

Differences in performance are apparent within the six states in the GCC – largely a function of market characteristics and operating environments.

Banks in Qatar continue to be the most profitable and record the highest rates of asset growth. However, the gap has narrowed between Qatar and Saudi Arabia, which is the biggest domestic banking market in the Gulf and is close to Qatar in both profitability and asset growth. The UAE’s sector growth is also improving rapidly as is Kuwait’s although to a lesser extent and from a lower base.

Liquidity has remained reasonable in the GCC banking market in 2014. In some markets, particularly the UAE and Qatar, money supply growth is being driven by foreign currency deposits, in part reflecting a higher contribution from the non-oil sector.

In particular, this has improved over the last few years in the UAE. GCC countries have sufficient liquidity to finance the large investment projects planned over the next few years.

Increased hydrocarbon production (and higher oil prices) in previous years fed through to the non-oil sector through higher liquidity. This higher growth in the GCC money supply enabled the private sector to expand economic activity.

Non-oil growth will accelerate as infrastructure spending rises in the run- up to Dubai 2020 Expo and Qatar 2022 World Cup, and real estate and tourism sectors in the UAE strengthen. Expansion of the non-oil sector is emerging as the key driver, and will help overall GDP growth reach 4.2 per cent in 2014.

Investment projects planned or currently underway in the GCC are estimated at a huge $2.3 trillion. With huge project financing needs coming up over the next decade, GCC countries will need to further supplement overall bank liquidity with additional sources of funding.

Corporate debt markets have emerged as a good funding option in recent years and debt issuance in the GCC region remains solid. The GCC countries have also started developing their own domestic debt capital markets, helping to reduce the need for foreign financing.

GCC Islamic banks have continued to register asset growth rates above sector averages and hence have seen an increase in their market share in the region. This trend of increasing market share is likely to continue in the next few years but will slow over the medium term.

The market share of Islamic banking assets in Saudi Arabia, the UAE, Qatar, Kuwait and Bahrain is now between 20 per cent and 49 per cent. In Oman, it is smaller but also growing with the introduction of new Islamic banks such as Bank Nizwa.

Non-performing loans remain on a downward trend although they are still high in some markets such as the UAE and Bahrain.

However, provision coverage is very good throughout the region and together with high levels of capital, these non-performing loans do not pose any problem. Most bad loans have been connected to the real estate and investment sectors.

The real estate sector continues to improve and prices for assets have increased. Tighter regulations by GCC central banks have helped put a lid on increased bad debt in the consumer sector and GCC banks’ lending practices and risk management have improved.

Geopolitical turbulence in the region has not had a major impact on GCC banks’ performances or in their loan and investment books.

A small number of Gulf banks with exposure to countries such as Egypt, Syria and Tunisia have experienced some bad loans and recorded losses at subsidiary banks, but the level of exposure is small and thus the impact is limited.

Moreover, in some countries, there has been more stability in 2014. Despite the problems, in markets such as Egypt, GCC banks have seen it as an opportunity to make acquisitions looking further ahead for growth in a large market.

Growth in the MENA region declined to 2.2 per cent in 2013, as oil exporting countries like Libya, Iran, and Syria faced increased geo-political turbulence, along with transition economies like Egypt and Jordan. The GCC also witnessed reduced growth as global oil demand remained weak, and production from non-OPEC nations increased.

Growth in 2014 is expected to reach 3.2 per cent (driven by the growing non-oil sector) for the MENA region, but would still remain below its average of 4 per cent growth achieved in the last four decades.

Inflation in MENA region continues to remain high (at around 12 per cent) as geo-political turbulence in oil importing nations like Egypt drove-up energy prices. On the other hand, political stability has ensured that inflation in GCC nations remained stable at around 3 per cent despite a recovering housing market.

The non-oil sector, however, continued its robust performance with an expectation to grow by 5.7 per cent in 2014 after registering a growth of 5.4 per cent in 2013, as GCC nations continue with their diversification efforts.

Expansion of the non-oil sector is emerging as the key driver for the GCC, and will help overall GDP growth reach 4.2 per cent in 2014 for the Gulf region.

Fiscal stance remains expansionary in order to drive non-oil growth and reduce dependence on oil revenues. However, with growth in oil revenues flattening amid rising non-oil spend, fiscal balance is expected to go down from 9.9 per cent of GDP in 2013 to 8.3 per cent in 2014.

On the other hand, current account balance will decline from 20.2 per cent of GDP to 18.3 per cent in the same time as imports rise on the back of overall economic recovery.

PROSPECTS FOR 2015 ARE SOUND

Full year 2014 will be a better year for GCC banks with improved profitability and continued asset growth.

This momentum should continue into 2015 as banks grow their loan assets, resulting in increased interest income.

Provision charges are likely to remain on a downward trend as loan asset quality continues to improve, helping the bottom line.

Fees and other non-interest income should also expand. The weak oil price remains a challenge, but in the short- term, it is expected to dampen economic growth in the region only slightly.