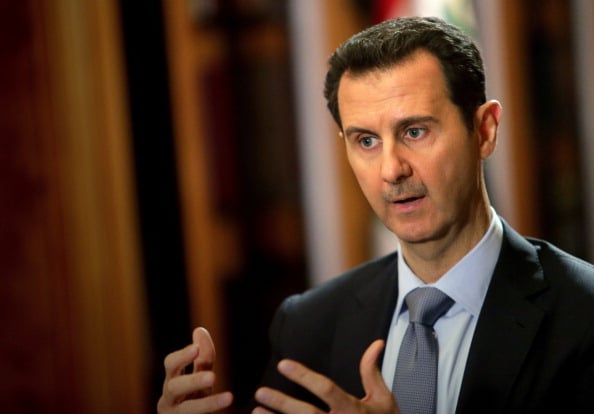 Russia’s military intervention in support of President Bashar al-Assad has dismayed Gulf Arab enemies of the Syrian leader who say it will prolong the war and keep Syria firmly in the orbit of their arch regional rival Iran.

Russia says it is providing arms to the Syrian leader, a longtime ally, and has sent servicemen to advise on their use in the fight against Islamic State (IS) and other jihadist groups. Moscow has also staged naval exercises off Syria.

Washington, which opposes both IS and Assad, says Moscow has also sent fighter jets, tanks and other heavy equipment to Syria. On Monday U.S. officials said Russia had started flying drone aircraft on surveillance missions in Syria. Moscow has not confirmed those reports.

Saudi Arabia and the other Sunni Muslim Gulf states have this month reaffirmed their opposition to Assad, whom they see as a stooge of Shi’ite Iran, but have not said publicly how they intend to deal with the arrival of the Russian forces.

“We don’t have full details on the extent of the (Russian) involvement and role (in Syria). But such issues on the ground complicate the matter and make it more difficult to find a solution,” an official source in the United Arab Emirates (UAE) told Reuters, speaking on condition of anonymity.

Saudi Foreign Minister Adel al-Jubeir described the Russian military moves as an “escalation” and reiterated at a recent meeting of the Gulf Cooperation Council (GCC) that Syria can have no future while Assad remains in power.

In a statement the GCC foreign ministers urged a political solution to the Syrian crisis “without any foreign intervention” – a clear swipe at Russia and Iran.

It remains unclear whether Gulf Arab states would want the Syrian rebels they fund to engage Russian forces in battle – a prospect that would further upset the regional balance of power.

By contrast, U.S. and Russian officials have discussed ways to prevent their forces accidentally coming to blows in Syria, where Washington is conducting air strikes against IS targets.

Publicly at least, the Gulf Arabs are sticking to their line that Assad cannot survive despite Russia’s military support.

While Riyadh prefers a political solution, its foreign minister al-Jubeir said, “the military choice is still available, as the Syrian opposition is still fighting the regime with more efficiency with the passing of time”.

The Syrian conflict began in 2011 with protests against four decades of Assad family rule. In the ensuing civil war a quarter of a million people have been killed and 11 million – half the total population – driven from their homes. Tens of thousands of Syrian refugees have fled to Europe in the past month alone.

Russia says the U.S.-led air strikes against IS positions in Syria are unlikely to be successful and it has called for an international dialogue with Assad.

“In Russia’s estimation, Assad’s days are not numbered,” said Ebtisam Al Ketbi, head of Emirates Policy Centre in the UAE. “It wants to obstruct any Arab effort to bring Assad down.”

Syria is of vital strategic importance for Moscow. Its naval base at Tartous is its sole installation in the Mediterranean and underpins its regional influence. The Assad family has also historically been one of Russia’s best clients for arms sales.

For many Gulf Arabs, Russia’s entry into Syria’s war brings echoes of older strains surrounding the Saudi-backed resistance to Soviet occupation troops in Afghanistan in the 1980s.

Some find it ironic that Russia, once a fierce critic of outside intervention in Syria, is now doing just that.

“Has Russia jumped feet first into the meat-grinder that is Syria?” tweeted Mohammed al-Rashed, a Saudi commentator.

“Did it not learn its lesson from Afghanistan, which ripped apart the Soviet Union? Or Chechnya, which crushed Russian arrogance? Did Putin learn a thing?”

Some Gulf Arab officials say the Russian intervention was made possible only by what they see as a lack of U.S. engagement on Syria.

There is also grudging recognition of Putin’s consistent loyalty to his ally, a quality Gulf Arabs say their U.S. friend lacks.

Sami Al-Faraj, a Kuwaiti security adviser to the GCC, told Reuters the Russian intervention in effect meant Syria would now be partitioned between a coastal strip held by Assad – who is from the Alawite minority, an offshoot of Shi’ite Islam – and a Sunni Muslim majority hinterland, with Iran a major beneficiary.

“The GCC understands that a new Syrian entity carved out under Assad means preserving Iranian interests, which is to have a front in the Mediterranean,” he said. “The Iranians have chosen the right great power to be with – the Russians.”

He said he expected the GCC to emulate the U.S. example and seek to ensure that the armed opposition groups it backs in Syria did not engage the Russian troops in combat.

The Gulf Arab states will continue to funnel weapons to the opposition groups, he added, but would “not give them with the objective of fighting Russian forces in Syria”.

Russia’s move looks likely to chill a tentative detente begun this year between Russia and Saudi Arabia despite their backing for opposing sides in Syria’s conflict and their differences over the issue of Iran’s nuclear programme.

Riyadh is still smarting over a Russian-Chinese veto in February 2012 of a U.N. Security Resolution drafted by the Saudis and backed by the West that Assad should step down.

And in March, Jubeir’s predecessor Prince Saud al-Faisal accused Putin of hypocrisy, angrily telling an Arab summit Russia could not talk of wanting peace in the Middle East while simultaneously backing Assad in Syria.

In June, the atmosphere appeared to improve when Deputy Crown Prince Mohammed bin Salman led a delegation of Saudi officials to Moscow and signed military and energy agreements.

The trip raised speculation about closer bilateral ties between two countries but that prospect has dimmed for now.

Abdulkhaleq Abdulla, a UAE political scientist, said Assad would not last “one day” without external support, adding: “All things considered, it’s a safer bet that he will fall than that he can be propped up. But Russia hasn’t realized this.”