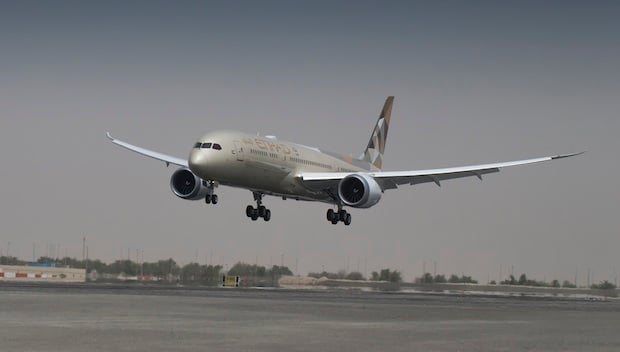 Emirates, the world’s biggest long-haul airline, and Abu Dhabi’s Etihad Airways are reviewing their workforce as overcapacity and a stronger dollar put pressure on earnings.

The cutbacks show how the Gulf airlines’ rapid expansion of the past few years is slowing down against a more challenging economic backdrop.

Dubai-based Emirates has offered redundancies to staff working in accounting, finance, IT and other departments in its head-office, sources familiar with the matter told Reuters. The airline did not immediately respond to requests for comment.

Etihad said on Sunday it was cutting jobs, mostly through “natural attrition.” It did not say how many jobs would be affected.

Emirates and Etihad employ over 103,000 and 26,000 staff, respectively, according to their websites.

East to West traffic, an important route for Gulf carriers, has also diminished after a wave of militant attacks in Europe and Turkey over the past year.

“We may see a slowdown in the pace of growth by Gulf carriers or rational capacity or route reductions as indicated already by Emirates,” John Strickland, aviation expert and director of London-based JLS Consulting, said.

Emirates, which reported a 75 per cent decline in half-year profit on November 9, suspended flights to Nigeria’s Abuja on October 30 and has signalled that more flights to Africa could be dropped.

Etihad has stopped flying to Larnaca in Cyprus and will suspend flights to Sao Paulo in Brazil in March 2017.

“Threats are emerging to the success story of the Gulf carriers,” said the International Air Transport Association (IATA), which represents some 265 airlines, on December 8.

The slowdown may come as a welcome reprieve for European and U.S. carriers which have accused Gulf carriers of receiving unfair state subsidies that have allowed them to boost capacity on key routes. The Gulf airlines have rejected these allegations.

Lufthansa, which has been a fierce critic of the Gulf carriers, last week signed a code share deal with Etihad and said it would look at ways to deepen the fledgling partnership.

Etihad’s seating capacity will contract in the first half of 2017 by 5 percent compared with Emirates’ growth of 7.6 per cent and Qatar Airways’ of 10.2 per cent, according to airline industry research specialist the CAPA Centre for Aviation.

“It would be natural [for Etihad] to defer or cancel aircraft due in the next few years while the market is soft,” Will Horton, senior analyst at CAPA – Centre for Aviation said.

An Etihad spokesman said the restructuring would have “no impact on our fleet.”

When asked whether economic conditions would mean Qatar Airways would have to look at cutting operational costs, including reducing jobs, a Qatar Airways spokesman pointed to plans to launch 15 new routes in 2017-2018 and an October 7 100 jet Boeing order.