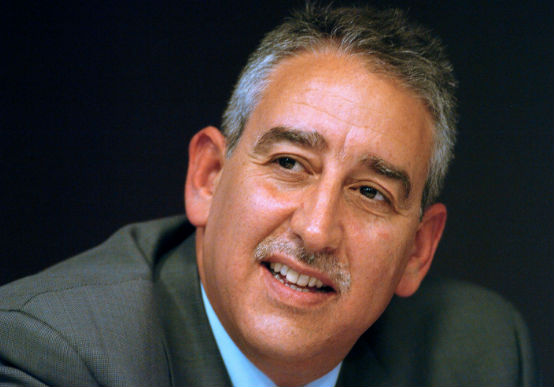 Surrounded by three of the world’s biggest and most profitable carriers in Emirates, Etihad and Qatar Airways, it’s been a long while since Gulf Air was the Middle East’s biggest airline.

The news this week of Samer Majali resigning from his position as CEO of Bahrain’s flag carrier was followed by a vote to replace the entire board and tear up the contracts of two consultancy firms the airline used; the company and country’s government seem intent on starting 2013 with a clean slate.

Though an interim head has been appointed – the former deputy CEO Maher Salman Al Musallam – as Simon Elsegood, a senior analyst at CAPA – Centre of Aviation – said, “Mr Majali’s resignation doesn’t come as that much of a surprise.”

There had long been rumours that Majali was leaving, with some insiders suggesting his resignation was handed in months ago.

“His position at Gulf Air was difficult, caught between local political influence on the board, agitation from the Bahraini parliament and the problem of turning around Gulf Air while at the same time maintaining local jobs,” said Elsegood.

But despite the dissolving of the board and an empty seat at the CEO’s desk, Gulf Air is still more than capable of being a major competitor in the region, and now is possibly the opportune time for the company to breathe new life.

“It’s not the end for Gulf Air. The airline has recently been bailed out by the Bahraini government so this is a good time to get a new management team in place to restructure the carrier,” said Saj Ahmad, chief analyst at StrategicAero Research.

Despite the government bailout package of BHD185 ($490 million) and continuing support from Mumtalakat Holding Company, Elsegood says up to 1,800 jobs could still be cut, and the fleet and route network roughly halved.

“The objective now isn’t to halt losses completely, but just to reduce the scale of the losses,” Elsegood said.

Gulf Air recently traded its A330 order for short-haul A320 and A320neo aircraft and cut back its 787 orders, indicating “an airline that is changing strategy, but not in danger of going under.” What that new strategy might be is a greater focus on the local and regional market.

“The reality for Gulf Air is that Emirates, Etihad Airways and Qatar Airways have newer fleets, better products and wider networks. Gulf Air’s strength is its local network, and it looks like it’s going to try to play to that,” said Elsegood.

“Halving the fleet will make Gulf Air one of the region’s smaller national carriers. However, there is more than enough capacity coming into the region to fill any deficit from Gulf Air’s pull back.”

Ahmad concurs that Bahrain’s Gulf and Middle Eastern neighbours may well be the most logical market for the airline to target.

“Given the ongoing Bahraini violence, it will be hard for Gulf Air to leverage any leisure traffic in big numbers so its fortunes may lie in and around the GCC and picking up traffic not served by its Arab rivals,” he said.

So will Al Musallam become the permanent CEO? With no other clear candidates as yet, Elsegood believes Al Musallam is “the logical successor in the interim” who might also be acceptable in the long term.

However losing a CEO and the whole board in one week at a time when the global aviation business is as competitive as it has ever been, and even more so within the GCC, as Ahmad rightly says, “Whoever takes the job will have an uphill battle. They [Gulf Air] can certainly mix with the best and survive but it’s not going to be a quick or painless path.”