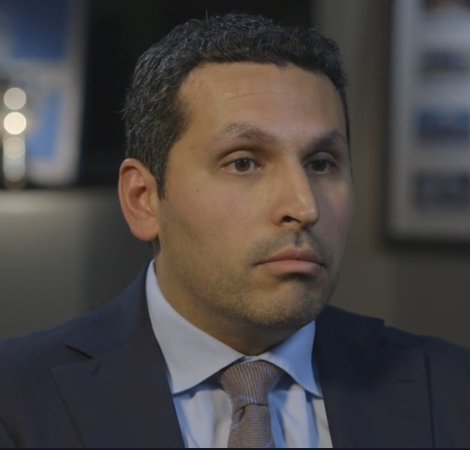 In a post-season review on Manchester City’s website, club chairman Khaldoon Al Mubarak has spoken of his excitement regarding the appointment of Pep Guardiola as manager for Manchester City.

Al Mubarak told City TV he believed Guardiola, who will replace Manuel Pellegrini as city manager this summer, would be “an incredible asset” in helping to “transform” the team.

The 45-year-old Spaniard has previously led Barcelona to victory twice in the Champions League as well as winning the German league title with Bayern for three successive seasons.

“I’m absolutely excited about Pep joining our team. I consider Pep to be one of the best, if not the best, managers today in football,” said Al Mubarak. “We are getting a manager that epitomises, in my view, passion and commitment”.

In discussing what the future holds, Al Mubarak also reflected on Manchester City’s past achievements under Pellegrini.

“Over three years we won our second Premier League title in the history of the club, we’ve won two League Cups under Manuel, we’ve gone to the semi-finals of the Champions League for the first time, we’ve scored, I think, an incredible amount of goals.”

City ultimately ended their Premier League season in fourth place and crashed out of the Champions League with a 1-0 loss against Real Madrid in the semi finals.

“I think reaching the semi-final is progress, no question,” Al Mubarak said. “Is it an achievement? You know, losing to Real Madrid at the Bernabeu 1-0, losing both legs with a one-goal difference in the semi-finals, I think is OK.”

He went on to discuss how last season did not turn out quite as hoped for the team.

However, he expressed high hopes for the coming year.

“Sheikh Mansour is approaching this year, as with every year but particularly this year, with a lot of expectations. And I am working very hard to make sure that together with Pep, with our management team – Ferran, Txiki, Brian [Marwood], the rest of our organisation – we’re going to do everything possible to ensure this team is well set for a hugely successful season next year.”

Guardiola, who does not officially start work at City until next month, met with Al Mubarak in Abu Dhabi earlier this week and has also made two visits over the last few days to Manchester to see the club’s facilities, including its training ground and Etihad Stadium home.