Growing The Gulf As An Aviation Hub - Gulf Business 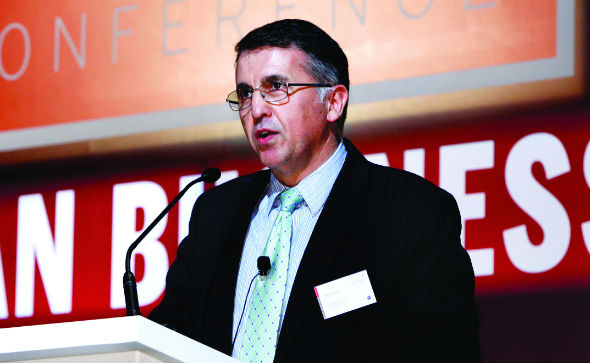 The growth of air connectivity in the Middle East has been one of the standout aviation success stories of recent years, and it shows no signs of slowing down.

Our recent forecast for industry profitability for this year and next estimates that the Middle East carriers will make record profits of $1.6 billion in 2013, and $2.1 billion in 2014.

In part these results are the consequence of a helpful geographical location, within a few hours of many of the world’s busiest aviation hubs.

But there are other factors also at work. The Gulf in particular has an energetic set of carriers with the vision to exploit this advantage; and governments that understand the benefits of air connectivity and encourage it through policies such as low taxation and the construction of world-class infrastructure.

At one level this connectivity generates a measurable benefit, supporting more than 2.7 million jobs and $129 billion in GDP. But at another level, air connectivity also provides cultural ties, business opportunities and tourism, without which the Middle East would feel a very different place.

This good news story, however, should not blind us to the fact that aviation in the region still faces a number of challenges. Many of these concerns are common across the world, and they require a coordinated response from both the industry and governments, working together.

I would like to briefly focus on just two: air navigation infrastructure and environment.

Airspace capacity remains a worry in the Gulf region in particular. In common with the rest of the world, airspace is fragmented on national boundary lines. But the tremendous growth of aviation in the Gulf means that there has been less time to adapt air navigation institutional and political arrangements to cope with the impact of growth. Without reform, a lack of capacity in the sky could unfortunately negate the success of the investment
in ground facilities.

Together with the Civil Air Navigation Services Organisation, IATA is organising the fourth Middle East Airspace User and Stakeholder Engagement (MEAUSE) Conference, which will be held in Amman and hosted by Civil Aviation & Regulatory Commission Jordan on November 25-26. We are very hopeful that this will lead to further progress on the initiatives already under way to increase airspace capacity in the region.

The environment remains a key issue. Airlines globally take their carbon- emissions responsibilities very seriously. That was why we consistently called for states at the International Civil Aviation Organisation (ICAO) to agree a single global market-based measure (MBM) to tackle aviation emissions.

The decision ICAO reached at its 38th Assembly in September, to recommend a global MBM and invite concrete proposals to go forward for consideration at the next Assembly in 2016, was a vital step forward.

The industry was grateful for the support and leadership shown by governments in the Middle East. There is a lot more work to be done, but the success of the negotiation means that the imposition of a patchwork of overlapping and opaque emissions schemes has been avoided for now.

In 2014 the aviation industry will celebrate the 100th anniversary of commercial scheduled flight. It is a chance to celebrate our remarkable achievements, but also an opportunity to look forward. We want the next 100 years to be even more remarkable. And the success of the Gulf carriers in many ways sets the template for how air connectivity can be supported in the years to come.

If industry and governments can work together to improve safety rates, solve the sustainability issue, and tackle challenges on capacity, then I am convinced the future is bright, not only for the Gulf, but for aviation across the world.