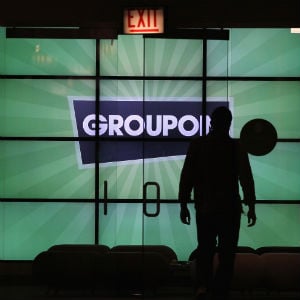 Groupon, the world’s largest online coupon website, was sued by a shareholder on Tuesday for allegedly misleading investors about its financial prospects.

The complaint, filed in Chicago, claimed that the company overstated its revenue, issued false and misleading financial results, and concealed information about its slow growth, reported Reuters.

Groupon launched a successful IPO in November last year, which valued the company at over $13 billion.

However, the complaint alleges that in the registration statement and prospectus for its IPO, Groupon did not reveal its “poor and inadequate” internal controls and the fact that it did not comply with various countries’ laws.

Last week, the company announced that it had revised its financial results for the fourth quarter of 2011, as it had not set aside enough money for customer refunds.

According to the new results, Groupon’s revenues for the fourth quarter were revised to $492.2 million from $506.5 million.

The company said that there was “a material weakness in its internal controls.”

Soon after it announced the revision in revenues, news emerged that Groupon had agreed to an $8.5 million settlement of lawsuits in the US, which alleged that the expiration dates on its coupons were illegal.

According to the settlement, customers who purchased coupons between November 2008 and December 1, 2011 can redeem the vouchers past their expiration date or take the amount from the $8.5 million settlement fund.

The daily deals website, which launched in the UAE last year, has also been receiving several consumer complaints in the region. Its Facebook page is flooded with angry and frustrated comments from customers, who have been facing delays in receiving both goods and refunds.

Last week, the company was also accused by a UK regulator of breaching regulations related to advertising and was given three months to clear up the issue.