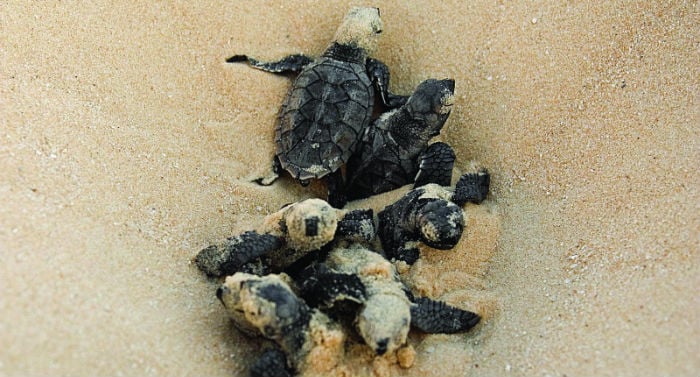 Staelens added: “With land like this in Abu Dhabi it’s inevitable that it will be developed; it’s something you can’t stop with a prime location like Saadiyat Island. So, developing it in a sensitive manner is better than leaving it up to someone to build however they want.

“I believe that the turtles, mangroves and the rest of it are better protected now than they were before because of all the new rules and regulations. For instance, turtles’ nests get very regularly poached on uninhabited islands. The ‘no development’ scenario works in some but not all instances.”

Hotels in the UAE have also increased their eco footprint to snag the growing number of green tourists.

A Dubai Chamber report earlier this year identified the growth in “niche” eco-tourists as a key driver to tourism flows.

Fredrik Reinisch, general manager at Jebel Ali Golf Resort & Spa, which has won several local awards for its sustainable efforts, said that to stay green he built a bio-garden to grow organic fruit and vegetables, and an artificial reef just off the coast. He also installed solar panels and LED lighting and released 6,000 fish to improve marine life.

“We installed solar panels for our car park lighting which also meant we saved on cable to power the location. So it actually costs the same as running normal lighting.

“But sometimes you don’t even need to spend to save energy. For instance, we installed litre bottles filled with water into all of our toilets’ water tanks, which saves every time a guest flushes.

He added: “There’s a growing interest from guests in offsetting their holiday. And we’ve also signed up to the Green Globe Certification. There’s a participation fee and you have to go through a detailed energy audit but this will pay off in the long run: more and more guests are asking if we’re green certified.”

Enhancing and protecting the Gulf’s natural environment will be a key challenge for the tourist trade in the coming decades. Ultimately, the fate of the eco-industry could largely depend on the volume of in-bound tourists to the Gulf and the appetite to invest in green initiatives.

Without this short-term demand, the UAE may struggle to find the business case to complete its image make-over.