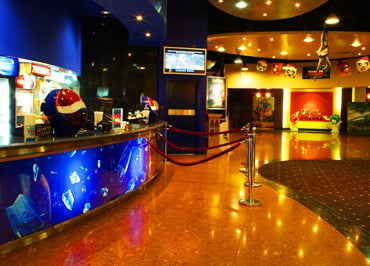 Grand Cinemas has announced the appointment of a new chief executive officer as the group embarks on the second phase of its ongoing regional expansion drive.

Debbie Stanford Kristiansen has been appointed to helm the Middle East’s largest cinema group ahead of its launch of 66 new screens and three IMAX theatre systems by next year.

“These are exciting times for the cinema industry as theatre concepts and technologies continue to advance around the world,” said Kristiansen.

“Grand Cinemas has a long history of pioneering these advances in the region, and I look forward to leading the company into the next era of its ambitious expansion.”

The company is part of Gulf Film group, a Dubai-based film distributor, which was acquired by Qatar Media Services in 2012.

Operating around 101 screens in the UAE and Jordan, Grand Cinemas has plans to launch four new theatres within the GCC by next year. The new screens will be located in Abu Dhabi’s World Trade Centre and Dubai’s Dragon Mart along with cinemas in The Pearl- Doha and Muharraq mall in Bahrain.

Earlier this year, Gulf Films also revealed joint plans with IMAX Corporation to introduce three new IMAX screens in the Middle East, which are to be located in Qatar and Bahrain along with an existing multiplex in Dubai.

“In 2014, not only will we further expand our presence in the thriving UAE market, but will also extend our brand of premium film entertainment to new shores,” said Jaber Al Ansari, managing director, Gulf Film.