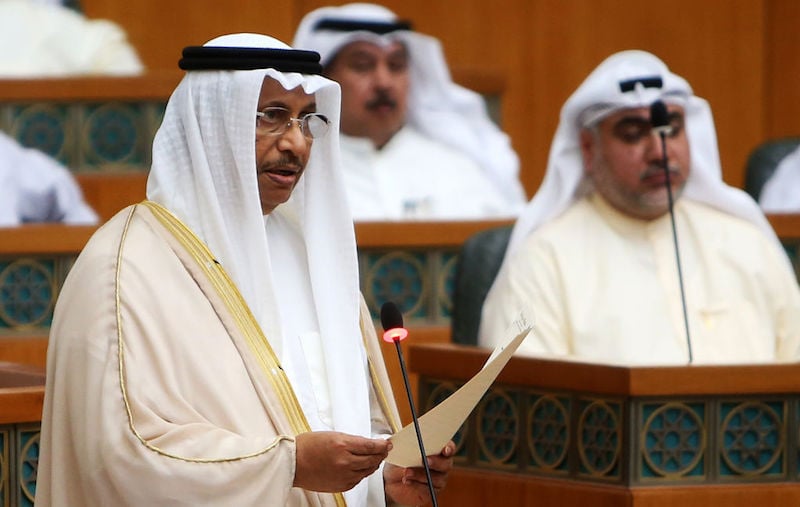 Kuwait’s caretaker Prime Minister stepped aside vowing to clear his name on Monday and two ministers were replaced by the emir, as an unprecedented public spat intensified within the ruling family over alleged misuse of military funds.

Sheikh Jaber Al-Mubarak Al-Sabah, who resigned as premier last week along with the government, recused himself after being asked by Emir Sheikh Sabah Al-Ahmed Al-Sabah to form a new administration, state-run media said. Earlier royal decrees had removed the caretaker defence and interior ministers.

The row erupted on Friday, when outgoing defence minister Sheikh Nasser Sabah Al-Ahmed Al-Sabah, the Emir’s eldest son, alleged the government quit to dodge questions over hundreds of millions of dollars missing from a fund to assist military personnel. The statement sparked a rare high-profile row over suspected corruption.

The Emir, in an address the nation, called on Kuwaitis to remain united. He said the case was now with the judiciary and all media should refrain from publicising the issue until a verdict is issued.

Allegations of graft against fellow royals, particularly sitting ministers, are unusual even for a country often seen as the most democratic and open of the six Gulf states. The turmoil comes as Kuwait, along with its oil-dependent neighbours, struggles to end the country’s reliance on expensive subsidies as it heads for its fifth straight budget deficit in an era of cheaper crude.

In a letter to the emir, Sheikh Jaber said the allegations were “all lies with no relation to the truth, coming out unfortunately from a colleague and a brother.” With the claims now before the judiciary, “I find that it is my duty to first prove my innocence,” he said.

The emir named Foreign Minister Sheikh Sabah Al-Khaled Al-Sabah as interim defence minister until a new government is formed, while Anas Al-Saleh, who’s state minister for cabinet affairs, will take over the Interior Ministry, according to state-run KUNA news agency.

Sheikh Nasser denied there were any differences between him and fellow cabinet members, but Kuwaiti newspapers carried statements attributed to the replaced interior minister, Sheikh Khaled Al-Jarrah Al-Sabah, calling the accusations of graft unfounded and asserting his readiness to stand trial to prove his innocence.

The immediate trigger for the government’s resignation appeared to be hostile questioning by lawmakers that forced the public works minister to resign and resulted in a request for a no-confidence vote against the interior minister.

Kuwait, alone in the Gulf, has given people a genuine say in how they’re governed. But with political parties banned, the legislature is filled with populist lawmakers who routinely clash with the government, hindering policy making.

There have been seven governments since Sheikh Jaber was first appointed in November 2011. The next elections are due late next year.