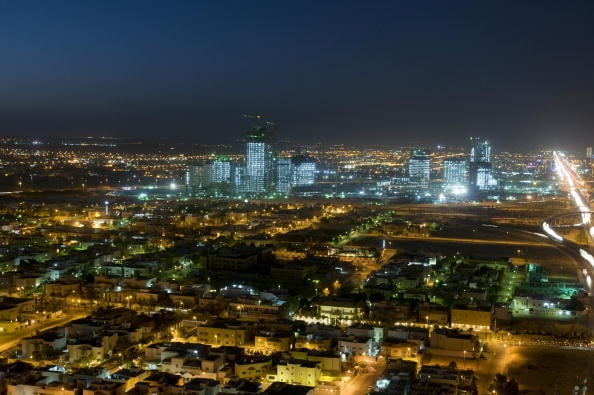 Strong government expenditure on infrastructure projects has helped fuel rental demand for office units in the Kingdom despite a strong supply during the first half of the year, according to a CBRE report.

The office supply rates in Jeddah are expected to rise once the Headquarters Business Park is completed in the second half of this year. However, the threat of oversupply will be moderated by growth in demand owing to increased government expenditure on infrastructure, said the report.

“International firms engaged in implementing government infrastructure projects will likely absorb much of the new and existing space, and there is likely to be a relatively balanced environment where neither supply or demand move significantly out of line,” said Mike Williams, head of research & consultancy, CBRE Middle East.

Rental rates in Jeddah remained stable for the first half of this year despite a slight decline in vacancy.

Office rents in Riyadh, on the other hand, have begun edging down, owing to a significant supply in the market. The headline rents offered in King Abdullah financial district are high in comparison to market trends but the terms are flexible with room for negotiation on incentives, the report said.

“In the existing prime office areas in the southern central areas, office rental rates are starting to come under downward pressure and new supply in these areas is forcing both lower headline rents and more generous incentive packages,” said Williams.

However there has been strong demand for recently launched office units including Granada Business Park, ITCC and Riyadh Business Gate in northern Riyadh with all of them nearing full occupancy rates or already registering full occupancy.

Williams attributed the rise in demand for these properties to benefits like good access, quality, and parking space as well as their location in northern Riyadh.

Office rents in Al Khobar too have risen owing to the large number of engineering firms that service the three main growth drivers in the Kingdom’s northern province namely Saudi Aramco, Jubail Industrial city and the government’s infrastructure initiatives.

“As it relates to office space, supply, demand, quality and rental rates have all risen consistently since 2000 and there have been no reverses in any of these categories for over a decade,” said Williams referring to Al Khobar rental market.