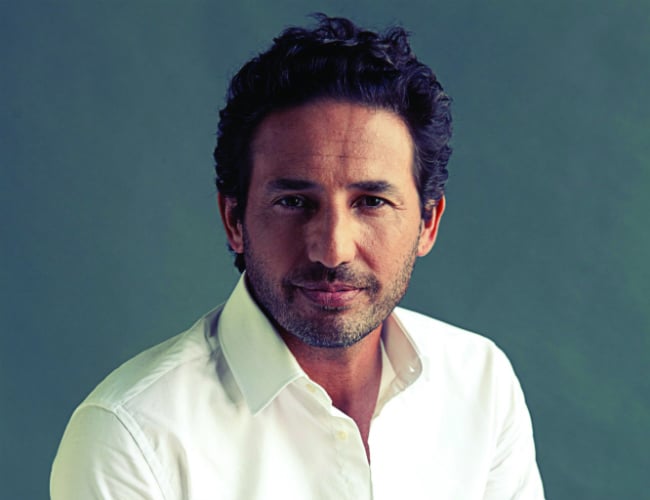 I was a champion tennis player in my youth but tennis wasn’t my destiny. Despite the bit of talent I had – winning the United Arab Emirates National Championship and Dubai Open in the 1990s, as well as playing in the Davis Cup for the UAE – my path was set in a different direction.

I was fairly good in school and earned a full scholarship from the UAE government for study in the United States. During my 12 years in Los Angeles, I graduated from Northrop University with a bachelor’s degree in aerospace engineering and master’s degrees in both public administration and accounting from the University of Southern California. This ultimately led me to become a certified public accountant of the California Board of Accountancy.

After college, I pursued a corporate career with Ernst & Young before spending six years with the Dubai government in different senior positions. I was chief executive officer of Dubailand – one of the largest themed master developments in the world – CEO of Dubai Tourism Development Company and deputy director general of the Dubai Development and Investment Authority, where I led the development of Dubai Healthcare City and Dubai Industrial City. In 2007, I became senior vice president of business development and marketing for Tatweer, part of Dubai Holding, where I established the food and beverage and sports and events platforms. I also served as a member of the board of directors for Dubai Healthcare City and was chairman of the board of the Centre of Planning and Quality at DHCC. However, in my heart, I had always been an entrepreneur. When you do finally make the jump from the safety net of a corporate position and a salaried job to become an entrepreneur, it feels like you’re betting the house on it and, for me, that was quite literally the case.

One important thing is that when you discover your passion, you need to focus on that. I’ve also found that the creative process is what drives an entrepreneur and one has to have a vision of the end game. If you do, you will undoubtedly make it happen. In business, attention to detail is key, as well as being able to attract good people and retain them.

Get the right people on your team and make sure they are aligned with your plans. When you find the right people, remain honest and fair to build trust and they will deliver on your business promise.

My work in government gave me great experience and the necessary skill set for the entrepreneurial path. It was during my EY days that I began helping my wife with her business plan for her venture, The Grooming Company, which grew exponentially into a very successful business. A few years later, the then-to-be Dubai Holding had an appreciation for my entrepreneurial mind-set and asked me to take over the development of Dubailand. I had planned to start my own business in 2008 but, as well as the economic crisis, we had our own personal crisis when my wife was diagnosed with cancer. She was stabilised somewhat by 2011 and over the past few years has returned to her just place heading up her business. Someone once told me that you have to realise your dream by the age of 44 or else you may never get the opportunity. So two years ago, just before my 44th birthday, I decided to follow my passion for the restaurant business and I created a restaurant brand from scratch, starting with Atisuto, a Japanese restaurant in Jumeirah, and Ground Rush – a healthy eating coffee and kitchen kiosk concept.

One of my biggest lows was when I had to manage The Grooming Company and a family of four small children while looking after my wife during her personal battle.

The highlight of my career in the past was being CEO of Dubailand. I was fortunate to have been given the responsibility of overseeing its implementation, of making history.

The high now is working for myself with true love and passion for the business I decided to create.