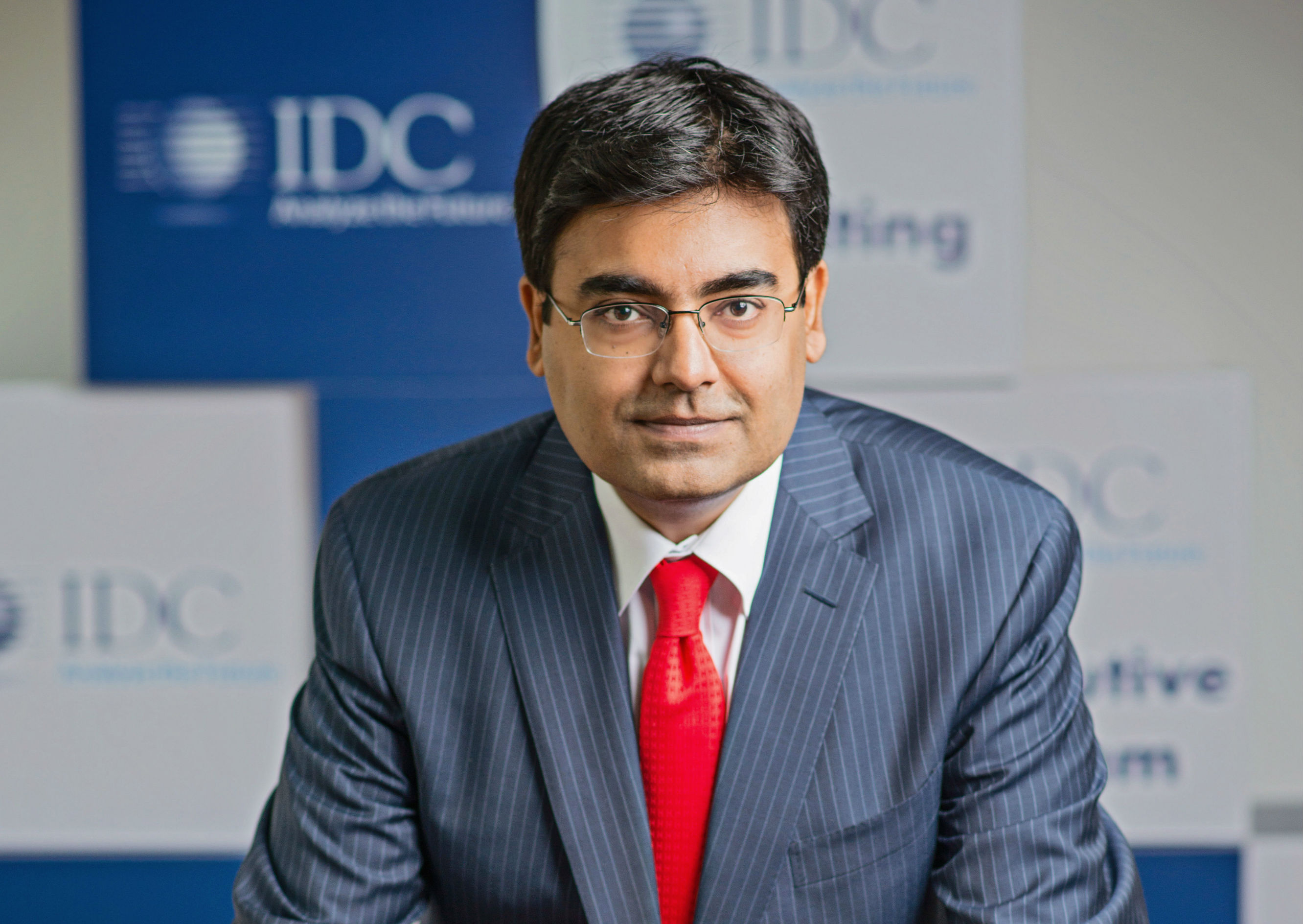 I did my bachelor’s degree in business management at Loyola College in India. I then participated in a corporate-sponsored programme at the Massachusetts Institute of Technology’s Sloan School of Management, in the United States. I graduated in 1995 with a specialisation in strategy and business policy.

After completing a six-month internship with a large banking/financial services firm in Lagos, I joined IDC in early 1996 as an associate analyst within the company’s central, eastern and southern European headquarters in Prague. In 2000, I was tasked with leading IDC’s software and consulting practices for the firm’s newly created emerging markets division covering Central and Eastern Europe, the Middle East, and Africa. My first taste of the Middle East came later that year when I traveled to the United Arab Emirates to assist a client with their market expansion plans for the Gulf region. Shortly after, I was offered the opportunity to expand IDC’s own footprint in the region by setting up direct operations for the Middle East and Africa, headquartered out of Dubai. That was back in 2003, and we have been here ever since.

I am a firm believer that different team members require different management styles in order to get the best out of them. They also have to be given the latitude to take responsibility for their own work. This is particularly pertinent given the broad cultural contexts and differences that come with leading a team made up of so many different nationalities and spread across such a diverse geographical landscape. I have no hesitation in letting the right person influence (or make) decisions in areas where I have limited knowledge. The seniority of the team member is not important to me; what is important is their ability to effect change. I also like to challenge my teams to reach heights they might not think possible. Funnily enough, they are often surprised by the results.

The expansion of IDC’s coverage across the Middle East and Africa is something I am particularly proud of. Since first setting up in Dubai with five employees, we have added offices in Saudi Arabia, South Africa, Turkey, Morocco, Kenya, and Nigeria. We now employ over 130 analysts and support staff across the region. The success of our Middle East chief information officer summit is another obvious high, particularly as I encountered a lot of resistance internally when first floating the idea 10 years ago. This type of event had never been done in the Middle East before and IDC had certainly never attempted anything of its scale. Today, it is the biggest annual gathering of technology leaders in the Middle East and IDC’s largest CIO Summit in the world. Another more personal achievement came in 2012, when I was appointed as IDC’s youngest ever group vice president and regional managing director.

I try not to dwell on any perceived lows, preferring instead to view them as hurdles that simply had to be overcome. One such hurdle was the perception by many in the market that we were just a data company. The strong brand image we have built since then across the region is testament to the fact that we are also much more than that. The uncertainty thrown up by the onset of the global financial crisis in 2008 was another extremely challenging period. The whole industry felt the full force of this economic turbulence. But once again, we were able to emerge on the other side as a stronger business thanks to some creative strategic maneuvering and the loyalty, commitment and perseverance of our team.

Dos: prioritise certain markets (these can change every year). Invest for long-term growth and consider long-term fundamentals while devising strategy. Review your plans throughout the year (this needs to be a continuous exercise). Build a core team that shares the firm’s vision for growth. Don’ts: treat MEA as one homogenous market – you must build local strategies. Excessively depend on one group of customers and/or countries to drive growth. Waste time focusing on areas where you add no/limited value. Place all your core resources in one geography.