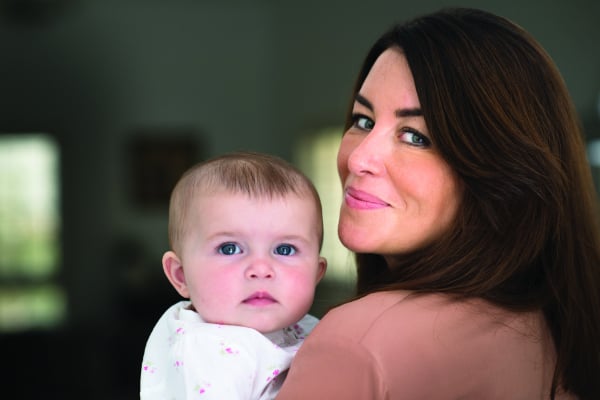 I am from Coventry in England and my sister and I were hugely lucky that my parents gave us a solid start in life by sending us to an excellent school, King Henry VIII, making many sacrifices to do so. I left Coventry at the age of 18 with a clutch of A-grade A-Levels, a place to study Geography and French at Leeds University and a thirst for new experiences. After three years gaining my bachelor of arts degree at Leeds and a year travelling the world, I moved to London in 2001 to start a new adventure.

My main objective in moving to London was to work in music, specifically radio. In order to pay the rent I worked as a communications assistant at Discovery Channel on Great Portland Street, which was not exactly my dream job. I later gained a foot in the door at BBC Radio 1, making tea on John Peel’s legendary evening show, and spent the next 18 months working there for free every evening, weekend and holiday I possibly could. Working with John and his team was magical and receiving a call to say I had been offered a full time role at BBC Radio 1 was probably the closest I have ever come to fainting. I spent the next eight years as a radio producer for the BBC, bringing the unusual sounds of specialist radio to the world’s ears, interviewing huge stars, working with some incredibly talented people, writing for music magazines and covering festivals across the world. I took a sabbatical to travel South America in 2009 and realised I had done what I had set out to in radio: it was time for a new challenge. I left the BBC for the commercial world, working with international clients, launching an online music platform for the United Kingdom and Europe, presenting my own global radio show and DJing in my spare time. I met my now husband in 2011 and we moved to Dubai in 2012, where I joined Impact BBDO/Proximity as head of digital content and was proud to grow the department across all their key clients over four years.

My highs have been many and varied. I have been lucky enough to have lived my dream, working for the BBC and achieving every goal I have set myself, particularly in moving to a more ‘grown up’ role on the commercial side of the fence. But more than that, it is the people I have met along the way that have been the biggest bonus. Not just people like [radio DJs] Mary Anne Hobbs, John Peel and Ralph Moore, but outstanding individuals who remain an absolute inspiration to me. My lows have mostly been related to frustrations with management, out-dated practices, brick walls and short sightedness. I cannot stand any of them and though I am a fairly resolute type, when I do not see change I am out of there.

The ongoing goal in my career has been to give people a platform to shine, whether that is creatively or for my business now with women at Hopscotch.ae. That approach also extends to my employees. I am very straightforward about objectives, allowing people the space to bring their talents to the table and directing us all along the right path. Much of my approach is based on trust; without that, the going can get very tough.

In terms of the dos, always look for new challenges and follow your own path. Do not let people tell you that change and adaptation is not possible – do highlight and use your transferable skills. In terms of don’ts, never be afraid to take a pay cut or a side step for something you really want. I have done it on several occasions and it has propelled me forward every time. Finally, do believe in your passions. As Mary Anne Hobbs once said to me, they will get you far, further than any qualification or certificate.