How I got here: Gaurav Biswas, founder and CEO, Trukker Technologies - Gulf Business 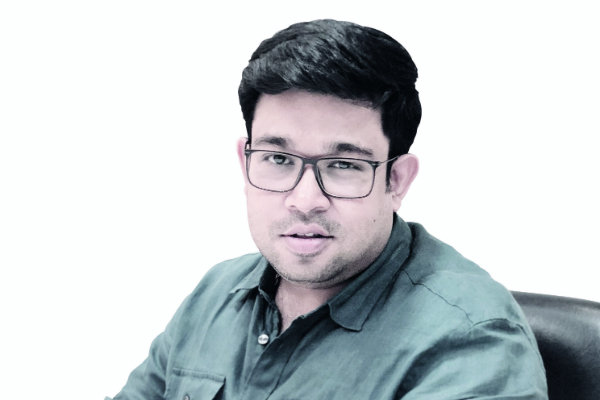 Education has been a family legacy with both sides of my parental lineage being postgraduates for the last four generations. I hold a master’s in engineering from the University of Dundee, UK, after completing my bachelor’s of engineering degree from CEPT University in India. I later got an MBA with specialisation in finance.

I started my career in Edinburgh, UK, as a structural engineer with Arup, one of the world’s most respected engineering firms, and soon relocated to the London headquarters seeking more action. Later, I moved to Arup’s Dubai office in the boom days of 2007 for the Atlantis project.

In 2010, I joined AECOM, the global engineering and design behemoth. My result-oriented characteristics along with commercial acumen helped my career into the delivery of mega projects. Over the next six years, I led multiple multi-billion-dollar projects including Yas Mall and the Warner Bros Theme park in Abu Dhabi. In 12 years of international consulting experience, I delivered four multi-billion-dollar projects and worked across the UK, Europe, North America and the Middle East. At 32, I was among the youngest directors in the organisation and managed teams of up to 450 engineers and designers.

My family has been shrewd investors in real estate in India and US and in 2016, it was inevitable for me to support my father ending my expat consulting career. Soon, this would lead to the founding of Trukker Technologies along with my childhood best friend Pradeep Mallavarapu.

There have been multiple highs and lows like most people in this world. I have tried to learn from both to enjoy the highs and withstand the lows. Founding Trukker was a definite high for me. It had all the ingredients to excite any ambitious individual looking for continuous challenge – disrupting new age technology, a large market opportunity and the chance to work with a childhood buddy to create a legacy. It took me less than 48 hours to make up my mind to go after the Trukker idea. I had a very well provided and flourishing childhood and youth, thanks to my parents. Later, I got married to my college sweetheart and we have a healthy five-year-old daughter. A beautiful family is a super high. To count my lows, I have sometimes suffered from being let down by those I have trusted but these have proved to be great lessons in life and groomed me as an individual. I still remain to be a trusting person and like to place my faith in people without much reservation. There is much more good than bad in this world.

I feel there is no one approach to success and I do not consider myself to be successful or unsuccessful. It is a state of mind. One can be as successful or unsuccessful as they believe. For me, there is always the next thing to do. My ambition and impatience drive me to work hard and go the extra mile. However, I believe in building teams, as no individual is successful without the teams that join a common cause. I try to lead by example and practice a participatory approach with my teams. I am also a hard taskmaster and sometimes create high expectations but I remain highly approachable to everyone and support innovation at all levels. Organisational hierarchy and bureaucracy turn me off. However, I do suffer from being a workaholic.

Always be willing to take risks and try new things where your heart and mind aligns. Be prepared to fail because failing is better than not trying, but analyse decisions and results continuously so you avoid making the same mistakes twice. Set very high targets and measure yourself and your team regularly. Welcome initiative and invest in people who sweat it out with you at all times. Value long-term relationships and appreciate the social impact of your business. There is no alternative to hard work and hustle so keep pushing and driving yourself and your teams to the next level. Get excited about the wins and don’t fret the losses. Don’t underestimate your competition and never resist market forces to change. Do not let failure or set backs hold you down as there is always something better to come out of every setback. Never let your team weather the storm alone.