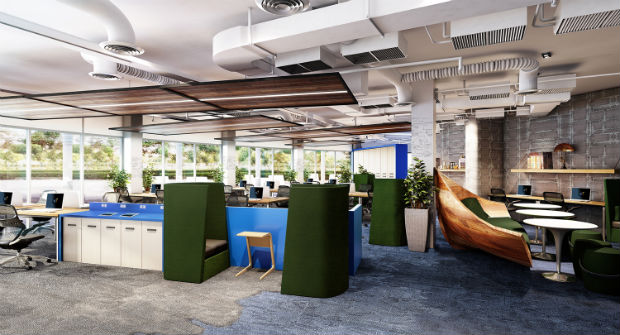 Dubai-based entrepreneurship platform AstroLabs has announced that it has launched a new tech hub in partnership with digital giant Google in Dubai.

The facility called AstroLabs Dubai, which will be situated in Dubai Multi Commodities Centre Free Zone, is scheduled to open in 2015 and will help tech entrepreneurs from across the globe access high growth markets.

The new hub will also feature an advanced mobile device development lab, co-designed by Google for Entrepreneurs, to enable startups to build apps for the highest smartphone penetration markets globally, the statement said.

The 6,500 square foot facility will feature a large training space, a café, and will be set on a promenade.

AstroLabs founding partner, Muhammed Mekki, added: “We aim to put Dubai on the global entrepreneurial map as the best base for high-growth startups to access emerging markets and to play a direct role in fostering more successful tech entrepreneurship within the MENA region.”

The AstroLabs Dubai is also the only Google-partnered centre in the Middle East and North Africa and will offer subsidised and fast track company licensing for start-ups.

“The AstroLabs founders are experienced entrepreneurs who know how to accelerate the growth of early stage companies. We see enormous potential for them to help startups across MENA take their ideas to the global stage,” said Bridgette Beam, senior manager at Google for Entrepreneurs.

AstroLabs has already built a significant network of start-ups in the MENA region. In 2013, AstroLabs’ ‘Scaling Online Startups’ acceleration programme trained the founders of over 100 startups in cities across the UAE, Saudi Arabia, Egypt, Jordan, and Lebanon.

Alumni of the programme have raised over $20 million in funding and created hundreds of jobs in the tech sector across the region to date.

High smartphone penetration rates and a growing e-commerce sector have made Dubai a hotbed for tech start-ups, leading to a growth in the number of incubators and start-up accelerators in the emirate.

In line with that growth, free zone developers in Dubai have also began dedicating areas for early stage companies.

The centre, which will be launched in 2015 within the Dubai Silicon Oasis free zone, is touted to be the largest entrepreneurship hub in the MENA region. This comes in addition to DSOA’s current incubation centre called Silicon Oasis Founders, that offers consultancy and mentoring services to entrepreneurs.