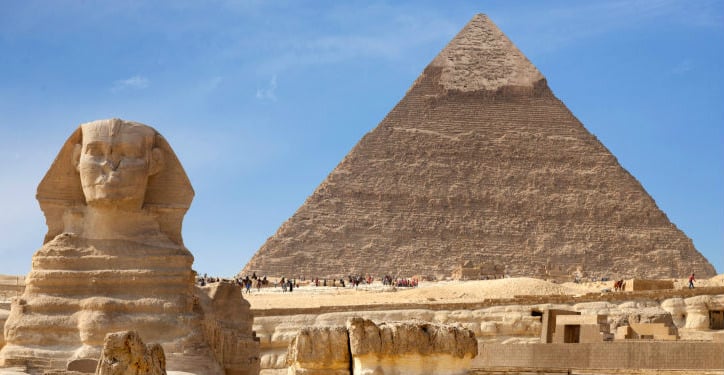 Google announced that it has launched 360-degree street view imagery of the famous Giza Pyramids and five other landmarks in Egypt for the first time.

Users of Google Maps will able to get a complete view of the Pyramids of Giza, necropolis of Saqqara, the Citadel of Qaitbay, the Cairo Citadel, the Hanging Church and the ancient city of Abu Mena, it said in a statement.

(Click here to view a 360-degree view of the Pyramids)

The imagery is part of Street View Special Collects, a Google feature that lets users explore landmarks, natural wonders, and culturally and historically significant sites around the world.

To create the imagery, Google used the Trekker, a wearable backpack with a camera system on top, which is worn by an operator and takes still photos as the person walks. It is designed to go down footpaths, tracks and narrow pathways where cars and trikes can’t reach.

The process of collecting data in Egypt was smooth and unhindered by the political unrest in the country, confirmed Tarek Abdalla, head of Marketing for Google MENA.

“We had the Egyptian government’s support in launching Special Collects,” he said.

“We strongly believe that people in Egypt and across the world can benefit from having this imagery available. The Ministry of tourism was very supportive of Google Street View and we’re excited about the many possibilities we have yet to explore,” he added.

Usually, up to 20-30 per cent of the views of the Street View sites in a country come from abroad, said Abdalla.

“We also know from surveys that Street View is a great source of planning for tourists and we do hope that more people will be inspired to travel to the country after viewing the images.”

Landmarks covered in the MENA region include the Burj Khalifa in Dubai, the Sheikh Zayed Grand Mosque in Abu Dhabi, the National Museum of Iraq and the Museum of Islamic Art in Qatar.