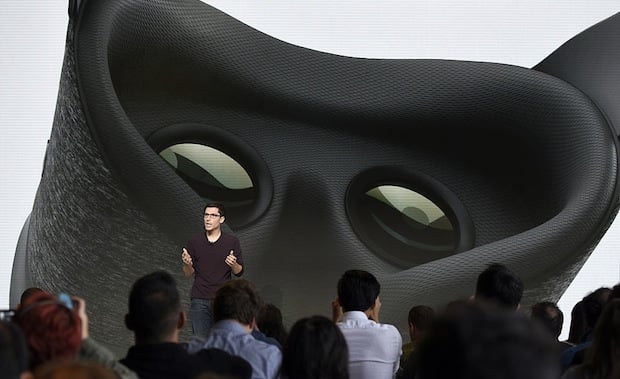 Annual spending on augmented reality and virtual reality (AR/VR) in the Middle East and Africa (MEA) is set to top $6bn in 2020, according to IDC’s Worldwide Augmented and Virtual Reality Spending Guide.

And with the total for this year expected to come in at just under $200m, it is clear to see that these phenomenal figures represent a huge opportunity for vendors to capitalise on.

As things stand, there are only a few major players operating in the AR/VR landscape, with Microsoft, Facebook, Sony, HTC, and Google among the most well-known. But if they are to fully realise the huge growth potential of AR/VR, they must overcome some major hurdles before the technology goes truly mainstream. These hurdles include issues around consumer awareness, content provision, specification requirements, accessibility, and – perhaps most importantly of all – price.

Microsoft’s ambitions in this space are focused on AR, with its HoloLens product currently costing around $3,000 to purchase.

Meanwhile, Facebook and HTC have both released very high-end VR headsets that must be tethered to powerful computers in order to operate. The whole setup could cost consumers upwards of $1,000, a price that is too steep for the masses to shell out on an unproven technology and platform.

Sony is looking extremely well placed in this regard, as the vendor already has an installed base of more than 40 million PS4s that are compatible with its PSVR tethered headset. And with the PSVR coming in at under $400 (less than half the total outlay required for Facebook’s Oculus and HTC’s Vive), it is likely to become the market’s biggest selling tethered headset.

Not to be outdone, Google earlier this month unveiled its Daydream View, the first ever Daydream-ready headset. It is a screen-less VR headset (similar to Samsung’s Gear VR) that requires a handset to be placed inside the viewer in order for it to work.

But Google’s headset looks nothing like its competitors’ offerings, as the company opted to produce the device with the assistance of clothing makers. The end result is a piece of hardware that is made of fabric and microfibers rather than hard plastic. The headset also comes with a wireless controller used to navigate and interact with the content on the screen. The device goes on sale in November 2016 and will retail for $79.

With the Daydream platform and the accompanying Daydream View headset, Google is looking to make VR accessible to the masses. However, the Daydream offerings do come with their own restrictions; for starters, the headset will only work with Daydream-ready handsets, and that currently rules out all devices aside from Google’s newly released Pixel smartphones. Most of the major Android vendors are working on releasing their own phones with the necessary specs, but Apple’s iPhone will not be part of this ecosystem.

Another major obstacle for VR is the lack of compelling content capable of keeping consumers entertained for more than a few moments at a time. In a bid to overcome this, Google is working to provide content and partnerships that will bring true usefulness to its platform. Alongside the standard games and content, Google has tie-ups with partners such as HBO, Netflix, NY Times, and Hulu, while many of its own apps have also been made Daydream ready, including Street View and YouTube. The company expects that 50 apps will be available by the end of the year, with hundreds more to follow.

Google’s ambition to turn its Daydream platform into a real success story does show promise. Indeed, it seems to be on the right track when it comes to the cost of the headset and the wide variety of content that will be made available on the platform.

However, just like its rivals, there are a number of hurdles that Google must overcome. The main issues revolve around the number of manufacturers that are going to develop handsets and headsets for the platform and the prices that consumers will be expected to pay. There are also questions around the developer ecosystem and whether Google can entice the number of developers it needs in order to grow the platform.

Another challenge is sure to come in the shape of Samsung, which has already proved itself to be a major player in the VR landscape with its Gear VR headset that was made in partnership with Facebook’s Oculus. Samsung has invested heavily in promoting the Gear VR for a couple of years now, even giving the headsets away for free with certain high-end devices. A developed and more well-established headset such as the Gear VR could potentially skew users away from the Daydream platform.

IDC expects the consumer segment to account for more than 55 per cent of AR/VR revenues in the MEA market, and Google certainly has the power and reach to target the masses and drive significant traction for its own VR offering. But only time will tell whether Daydream is going to turn into the reality that Google believes it could be.

Saad Elkhadem is a research analyst at IDC MEA