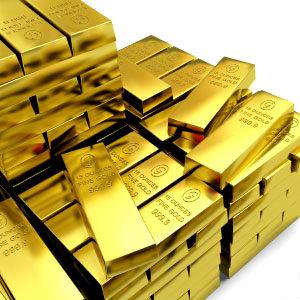 Gold slipped in thin trade on Wednesday as uncertainty over whether the United States would be able to avoid a fiscal crisis kept investors at bay, but lower prices spurred buying from jewellers.

President Barack Obama is likely to leave his vacation in Hawaii to return to Washington as early as Wednesday to address the unfinished “fiscal cliff” negotiations with Congress.

A deal to avert the so-called fiscal cliff of tax hikes and spending cuts that kick in at the start of next year and threaten to tip the world’s largest economy back into recession would offer trading direction to financial markets.

While gold is typically a safe-haven asset that gets a boost from economic uncertainties, it has increasingly been behaving like a risk asset and could also gain if a US resolution comes through.

“I am still friendly with the market but it looks like until the new year starts, it’s under pressure from, probably, long liquidation,” Yuichi Ikemizu, branch manager for Standard Bank in Tokyo, adding that investors would closely watch the progress of negotiations between the White House and Congress.

Gold dropped $3.63 an ounce to $1,654.66 by 0341 GMT, off a four-month low struck last week. It is still on track for a 12th straight year of gains on rock-bottom interest rates, concerns over the financial stability of the euro zone, and diversification into bullion by central banks.

Markets in London were still shut on Wednesday for the Christmas holiday.

Gold contracts on the Tokyo Commodity Exchange, which often influence movements in spot gold, rose after the yen dropped to a 20-month low against the dollar on growing hopes for further monetary easing in Japan.

But most gold investors are waiting for the outcome of the U.S. fiscal talks after the House of Representatives failed to pass its own budget measures last week.

“We don’t have enough stocks because of the Christmas holiday, so supply is a bit tight. But the premiums have yet to rise. They are still at $1.0 to $1.20,” said a physical dealer in Singapore.