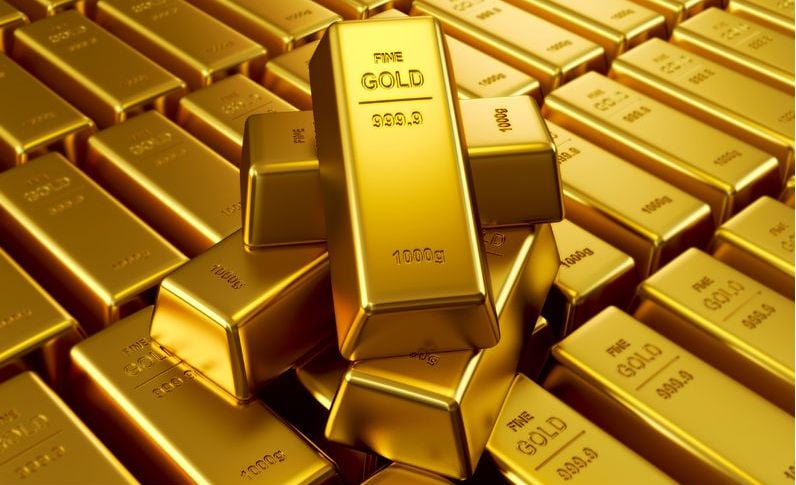 Gold rose more than one per cent on Monday and held near its highest level in more than a week as a rebound in prices from multi-year lows failed to curb investor appetite for the precious metal, leading to a shortage in physical supply.

Recent bleak US growth data that raised hopes the Federal Reserve will keep its current pace of bond buying at $85 billion a month also supported gold that is typically seen as a hedge against inflation.

Both cash gold and futures sank to around $1,321 on April 16, their lowest in over two years, after a drop below $1,500 sparked a sell-off that prompted investors to slash their holdings on exchange-traded funds. They touched an 11-day peak above $1,484 on Friday.

“I don’t think gold is out of the woods yet, but there’s room for upward correction. One of the reasons why gold has dropped so much was the strong signs of U.S. economic recovery. Now, we don’t see much of it,” said Joyce Liu, an investment analyst at Phillip Futures in Singapore.

“But investors are still roiled by the very recent event of the tumble. The question is how sustainable is this physical buying because at the same time, we are still seeing funds flowing out of gold. Retail investors won’t be buying gold in hundreds of millions of dollars like the funds.”

Premiums for gold bars have jumped to multi-year highs in Asia because of strong demand from the physical market, which has led to a shortage in gold bars, coins, nuggets and other products.

Holdings on the largest gold-backed exchange-traded-fund (ETF), New York’s SPDR Gold Trust continue to fall, which was a sign investors have yet to restore their confidence in gold. The holdings are currently at their lowest since September 2009.

In other markets, shares in Asia crept ahead on Monday, while the dollar lost ground to the yen as markets braced for a busy week for economic data and central bank policy meetings in the Eurozone and United States.

The recent string of underwhelming data will strengthen the hand of the doves at the Fed and temper any talk of tapering back the bond buying programme. The policy-setting Federal Open Market Committee will announce its decision at 1815 GMT on Wednesday.

Gold rallied to an 11-month high in October last year after the Fed announced its third round of aggressive economic stimulus, raising fears the central bank’s money-printing to buy assets would stoke inflation

Hedge funds and money managers trimmed their net longs in gold futures and options in the week to April 23 as investors reduced bullish bets, a report by the Commodity Futures Trading Commission showed on Friday.