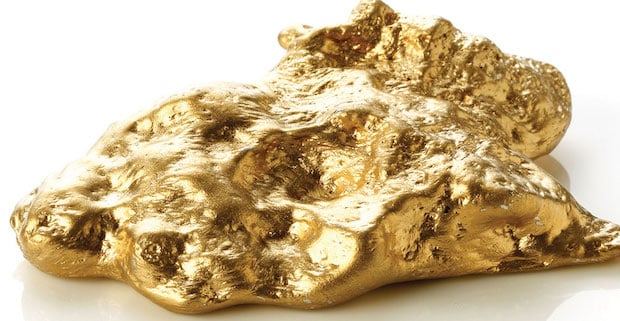 Gold futures surged above $1,700 an ounce to the highest since 2012, pushing out the spread over spot prices, as investors weighed the economic fallout from the pandemic and the prospect of more stimulus.

The precious metal is in demand, with JPMorgan Chase & Co.’s Jamie Dimon saying the disease will lead to a major downturn. Its jump came even as risk assets including equities posted gains on signs the outbreak is leveling off.

“Diverging activity in physical gold is disrupting the spot market,” Michael McCarthy, chief market strategist at CMC Markets Asia Pacific, said in an email. “Huge US demand for physical contrasts with European selling. This is particularly impacting futures contracts that are deliverable, and is the cause of recent widening of bid/offer spreads in spot gold.”

That widening gap between futures and spot prices echoes a pattern seen last month, when there were concerns about a shortage of physical bullion for delivery against contracts in New York because of virus-driven disruptions.

This time around, however, stockpiles on the Comex have surged, including bars eligible for a new enhanced-delivery contract that was introduced to help solve the recent squeeze. The CME Group’s new product, under which 400-ounce bars would also be deliverable, had it’s first scheduled day of trade on Monday.

As of Monday, the total stockpiles on the Comex were at the highest ever, at about 15.9 million ounces, or about 495 metric tons, according to bourse data. Almost three quarters of that meets exchange requirements to potentially become deliverable.

Meanwhile, Stephen Innes, chief global markets strategist at AxiCorp Ltd., cited a surge in the implied exchange-for-physical figure as an indication of market tightness, even though some refineries had started to come back online.

Exchange-for-physical allows traders to switch futures to and from physical positions, according to CME Group, which owns the Comex.

Refineries Restart
Three major processors in the Swiss canton of Ticino, Europe’s biggest gold-refining hub, are re-opening at a limited rate this week after being shut for almost two weeks.

Still, the higher exchange-for-physical could be due to the fact they are only operating at reduced capacity, according to Axicorp’s Innes.

The jump in futures brought them to within 10 per cent of their all-time high set in 2011. Amid expectations that there’ll be more stimulus to offset the hit from the pandemic, global holdings in ETFs have expanded to a record, according to data compiled by Bloomberg.

“Even though hopes are rising of a slowdown in the pandemic, enough doubt exists to see safe-haven assets in strong demand,” Australia and New Zealand Banking Group Ltd. said in a note. “The tone was set by JP Morgan CEO, Jamie Dimon, who said the outbreak could cause a bad recession.”

In the US, Congress’s next stimulus bill will be at least another $1 trillion, House Speaker Nancy Pelosi told Democrats on a private conference call.