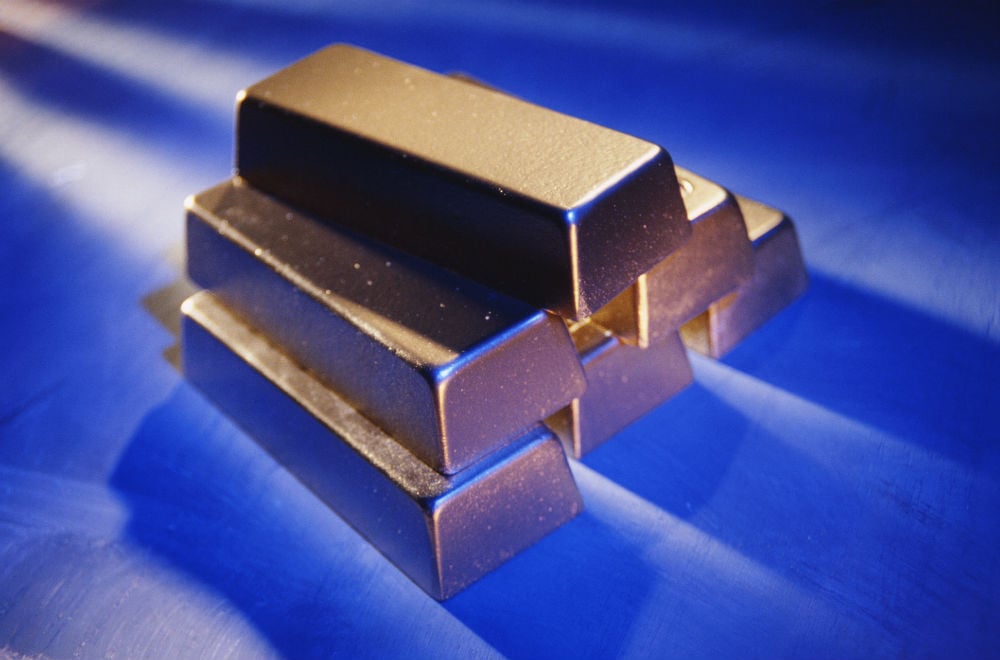 Gold edged up on Monday after robust US economic data lifted prices in the previous session, but gains could be capped by a firmer U.S. dollar, as well as lingering concerns about Greece’s debt woes and a possible bailout for Spain.

Gold got a slight boost on Friday after data showed U.S. economic growth had picked up in the third quarter as a late burst in consumer spending offset the first cutbacks in investments in more than a year.

Investors were now waiting for the U.S. payrolls report on Friday, which could set the tone for bullion after hedge funds and money managers slashed their bullish bets in gold and silver on concerns over the future of the U.S. Federal Reserve’s monetary stimulus.

“Coming up, investors will eye the non-farm payrolls and the U.S election in less than 10 days. These are likely factors that will affect gold. From now till then, gold will probably be pretty flat,” said Lynette Tan, senior investment analyst at Phillip Futures in Singapore.

“I am looking at the support level of about $1,680. Going forward, non-farm payrolls are probably either similar to the last one, or a further improvement. This will probably put some pressure on gold. Resistance will be $1,750.”

The October payrolls data could also give a bit of a lift to President Barack Obama, should it come out better than anticipated, or help Republican candidate Mitt Romney if it is worse than forecast.

Gold was on track to decline in October for the first month in five after it failed to break the psychological level of $1,800 and the excitement ignited by the Fed’s latest programme of purchasing mortgage-backed debt subsided.

Its fall has also been driven by uncertainty related to the so-called “fiscal cliff” or automatic spending cuts and tax rises which threaten to send the United States back into recession if Congress fails to reach a deficit reduction deal by the end of the year.

“This will further slowdown the economy if nothing is done to reduce spending. If the tax-reliefs expire and automatic spending cuts kick in, we are likely to see an increased demand for gold as a safe haven bet,” said Tan at Phillip Futures.

“However, due to the election, either Obama or Romney will probably try to hold off the ‘fiscal cliff’ by arguing the need for the economy to be on a stronger recovery mode. So if some measures are put in place to postpone the arrival of these tightening measures, we could see some downside to gold again.”

In other markets, the euro inched down on Monday, waiting for bailout prospects for struggling Spain and Greece to become clear.

Asian shares edged higher after global equities ended last week on a subdued note, with investors torn between signs of stable growth in the United States and caution over the global corporate earnings outlook.

The physical gold market waited for main consumer India to return to buy more bullion ahead of Diwali, the Hindu festival of lights next month.

The festival season, traditionally a time to buy gold, is underway in India and will peak with Dhanteras and Diwali next month. Weddings also take place during this period.

Bitcoin hits another record and leaves other asset classes trailing