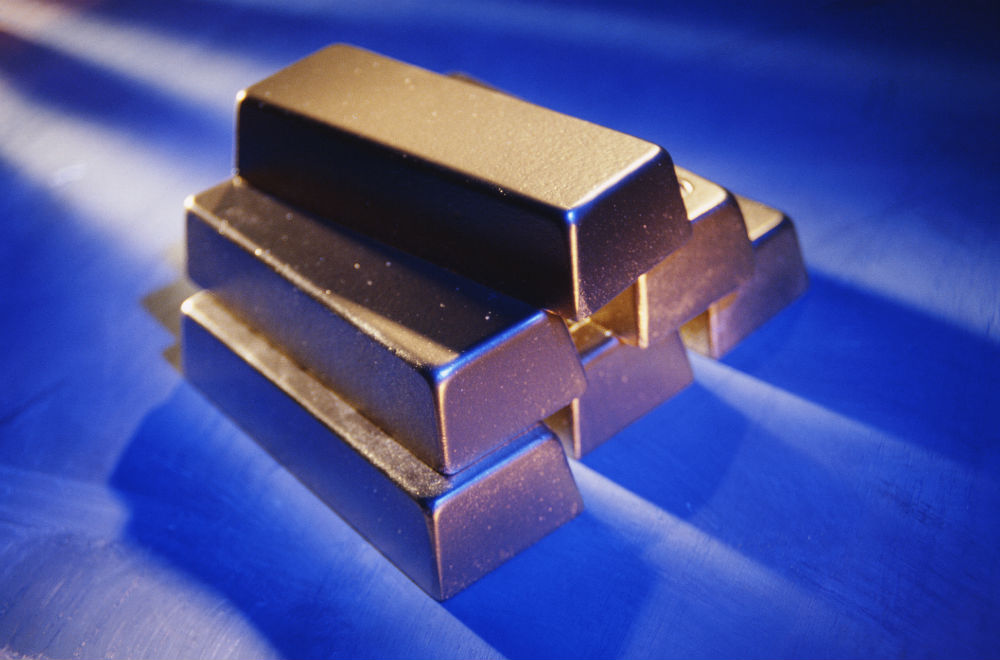 Gold edged higher on Tuesday to the highest level in more than five months as lacklustre manufacturing data from around the globe fanned speculation of imminent easing measures from central banks.

Gold and silver rode the sentiment to multi-month highs as investors piled into the precious metals, aiming to hedge against potential inflation risks.

The most-active U.S. silver futures contract jumped nearly three per cent earlier in the day to a 4-1/2 month high of $32.38 per ounce, before easing slightly to $32.27.

Silver, both a precious and an industrial metal, has risen nearly 10 per cent over the past two weeks, outstripping a four per cent gain in gold, despite recent data suggesting gloomy global growth outlook.

“Silver looks more at the stimulus implications of weak data,” said Nick Trevethan, senior commodity strategist at ANZ in Singapore, adding that the strength in base metals had also helped underpin silver.

Silver is also notorious for price volatility, given the relatively small size of the market and limited liquidity.

“We have seen scrap flow into the market since last week, but the quantity is not great,” said a Singapore-based dealer. “People think prices will possibly keep rising and are quite cautious on selling at this point.”

Investors, eager for more decisive action on curbing the Eurozone debt crisis, will be watching the European Central Bank’s policy meeting on Thursday and a press conference with ECB President Mario Draghi.

U.S. non-farm payrolls data, due later in the week, will also be a focus for the market. A weak reading may reinforce expectations for another round of quantitative easing from the Fed, analysts said.

Moody’s Investors Service has changed its outlook on the Aaa rating of the European Union to negative, warning it might downgrade the bloc if it decides to cut the ratings on the EU’s four biggest budget backers: France, Germany, the Netherlands and the United Kingdom.

Holdings of gold-backed exchange-traded funds rose to a record high of 71.729 million ounces by the end of last week.

August recorded an inflow of 1.8 million ounces, representing a near three per cent rise – the biggest monthly gain since November.