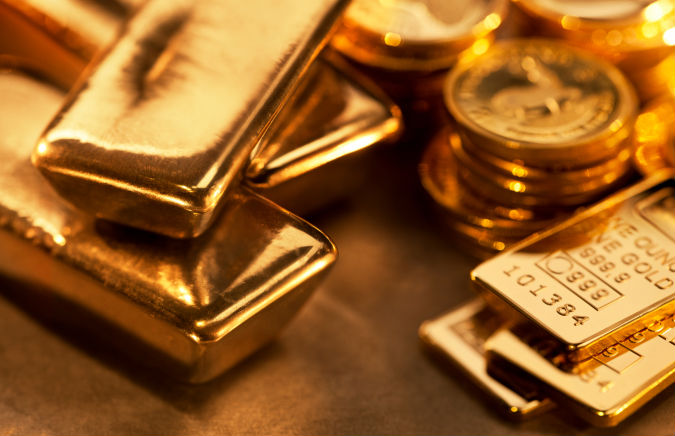 Failure to raise the U.S. borrowing limit by Oct. 17 will push the world’s biggest economy into an unprecedented debt default. Congress is already divided on a spending bill,
resulting in a partial government shutdown that is hurting the economy and delaying key data releases.

During the last debate over the U.S. debt ceiling in 2011, gold hit an all-time high of $1,920 an ounce. An agreement was reached by Congress only at the last minute.

“These are critical events that can move the markets greatly,” said Brian Lan, managing director of GoldSilver Central Pte Ltd in Singapore. “If we don’t see any progress till the 17th, I think we will see gold spike to $1,400.”

“Economic data or any news on the debt ceiling will determine the direction that gold and silver will take. Until then, it will be range bound,” Lan said.

Platinum added to gains after a one per cent increase on Friday, as mine strikes and curbs threatened to hurt supply.

The Commodity Futures Trading Commission’s weekly Commitment of Traders data, which details positions in U.S. futures and options markets and is a keenly watched measure to judge
investor sentiment, was not released on Friday due to the partial government shutdown.

With no key U.S. data coming in, traders are now eyeing any pick up in physical demand, especially from China which has been closed for a week for the National Day holiday.

Some dealers said they expected Chinese demand to be good at the current price levels, and a lot stronger if prices fell below $1,300.

In top buyer India, importers were ready to process orders from Monday after the customs department cleared more than a tonne of gold stuck at airports.