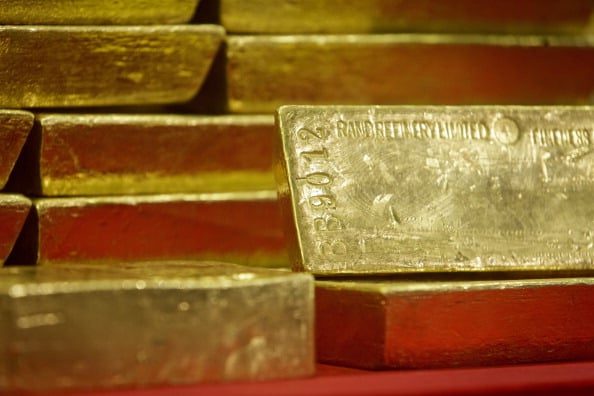 Gold rose to the highest in more than seven years after the Federal Reserve said stocks and asset prices could suffer a significant hit from coronavirus, and warned the process of economic recovery may stretch through until the end of next year. Palladium surged more than $100 in 20 minutes.

Commercial real estate could be among the hardest-hit industries should the health crisis deepen, the US central bank said in its twice-yearly financial stability report Friday. Separately, chairman Jerome Powell said in an interview with CBS that a full recovery of the US economy could drag through 2021 and depends on the delivery of a vaccine.

Bullion has surged 16 per cent this year as the spread of the virus curbed economic growth, roiled markets, and prompted vast amounts of stimulus to be unleashed by governments and central banks. Further bolstering the case for the metal has been recent speculation US interest rates could go negative, while holdings in gold-backed exchange-traded funds are at a record.

“Financial markets can best be described as factoring in the best-case scenario, with economic stimulus leading to a rapid recovery,” said Gavin Wendt, senior resource analyst at MineLife Pty. “The reality is likely to be quite different and there is the prospect that no vaccine will be developed. The recovery is probably set to be more problematic than the optimists think, with gold set to benefit from the enormous boost to money supply that is going to ensue.”

In other precious metals, silver climbed as much as 4 per cent and platinum advanced 3 per cent.

Palladium jumped as much as 8.3 per cent, the most since March 25, before trading 3.9 per cent higher at $1,955.85. The surge comes even after MMC Norilsk Nickel said last week demand may drop 16 per cent this year, the most in almost two decades. The metal, alongside platinum, has found some recent support from operational curbs in South Africa.