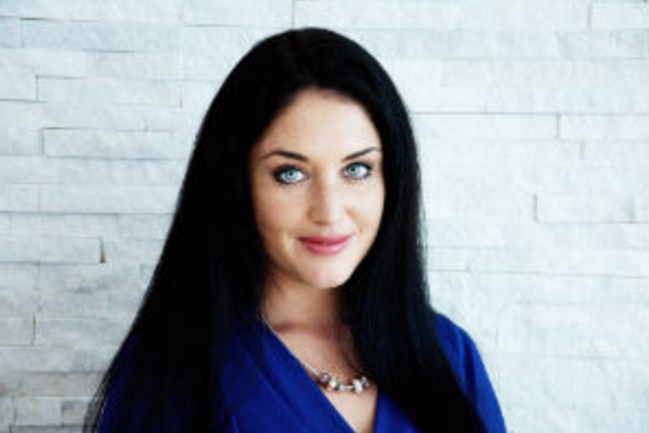 I started a career in financial services at the age of 17. Taking a traditional female role, I was a personal assistant to the managing partner. I wanted more and started training as an adviser from the age of 18 onwards. By 21, I was before clients. I have been helping people manage their money ever since. An increasing number of women are now taking senior roles as quali- fied financial advisers and managers within the banking sector and beyond.

Despite the region’s outdated reputation as ‘a man’s world’ among outsiders, long gone are the days when women were not considered for senior promotions or unable to get funding for their business ideas. With a natural ability to multi-task, we see many women in the Middle East sitting on the advisory boards of more than one company as well as managing their own businesses.

Take, for example, Lucy Chow. She founded the Elements Group, a bespoke events com- pany focused on thought leadership. Lucy is the board director of Little Thinking Minds, co-chairwoman of Ellevate, a partner at the Acumen Fund and a non-executive director for Educate Girls Globally – a charity based in California. She is also one of the original found- ers of the Women Angel Investment Network. Impressive. Right?

Other notable female achievers in the region include Sheikha Lubna Al Qasimi, the United Arab Emirates foreign trade minister. Her brief involves promoting greater ties with international partners. It is a vital part of the UAE’s diversification strategy. Meanwhile, Fatima Al Jaber is chief operating officer of the Abu Dhabi-based Al Jaber Group. She oversees more than 50,000 staff and manages around $4.9bn in assets.

Elsewhere, at just 24 years of age, Salma Al Baloushi is the only Emirati female to rise to the rank of first officer at Abu Dhabi’s Etihad Airways. And who does not use The Entertainer? Founded by Donna Benton in 2001, the buy-one-get-one-free offers are now redeemable in more than 10,000 restaurants, activities, attractions, spas and hotels. The company works across 40 destinations in 15 countries throughout the Middle East, Africa, Europe and Asia.

Both Emirati and expatriate women from the region will no doubt become global influencers in the future. I cannot stress enough how much the government and the region as a whole support this. The UAE has a fundamental belief that women and men are equal partners in society and the constitution guarantees equal rights for both sexes.

This policy is reflected in the shrinking gender gap and can be seen in the World Economic Forum’s Global Gender Gap report for 2014. The UAE ranks second in the Gulf for overall performance and is ranked in the top two-thirds for education. Women graduates here excel in government, engineering, science, healthcare, media, computer technology, law, commerce and the oil industry.

For many, the ultimate goal is to run their own business and the Middle East presents a number of opportunities to help achieve this. For example, payment technology firm Master Card and the Dubai Business Women Council have recently partnered to launch an initiative to support entrepreneurship. Under the initiative called Ro’Ya, meaning ‘vision’ in Arabic, the two organisations will hold an annual event where female entrepreneurs can present their business proposals before a panel of judges.

The aim is to win a year-long mentorship programme alongside a number of excellent networking opportunities.

The profile of women in the business world is increasing globally but notably so in the Middle East. We have seen a strong desire among women to become professionally successful and, therefore, financially independent. The goal is within reach thanks to the pioneers leading the way. For that, we should all be thankful.