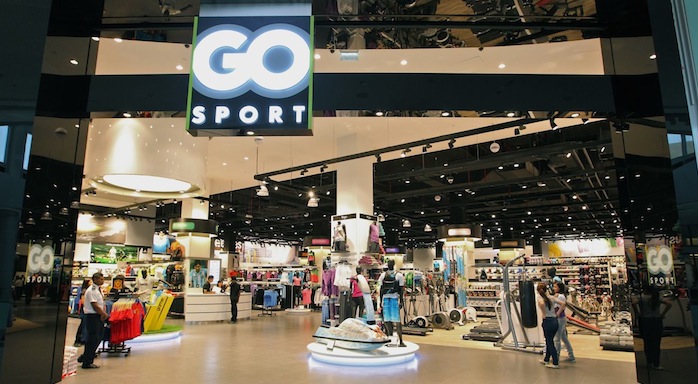 The store – scheduled to open in early November – will be the company’s fifth outlet in the United Arab Emirates, a statement said.

Along with sporting equipment, the new store will also feature special zones including cycling and running areas and a 10-metre tall volcano-shaped climbing unit.

“We want a place where people can come and discover or rediscover their favourite sports,” said general manager of Al Mana Fashion Group Andrew Fairall.

“In this regard, the climbing unit is a fantastic addition and we expect it to be a big hit with customers. It has been designed with all ages and levels of ability in mind.

“The hollow volcano shape will appeal to younger ages, while climbing holds on the inside and outside will mix things up a little in terms of user experience.”

Al Mana also recently acquired the licence for the retail chain in Saudi Arabia and has opened the first GO Sport store in the kingdom.

“The growing retail markets in both of these countries [UAE and Saudi Arabia] and the region’s evolution as a modern sporting hub were big factors in our decision to expand the GO Sport portfolio,” said Fairall.

According to internal research conducted by UAE-based Landmark Group – which owns and operates the SportsOne retail chain – the Gulf region’s growing sporting goods industry is worth approximately $8bn. Out of that, almost 35 per cent is generated by unorganised segments.

Large young populations, high disposable income, political and social stability, strong economic performance and the emergence of the region as a global tourist destination are all helping the sector grow.

Growing awareness about the importance of a healthy lifestyle is also aiding the industry.

“Most of the growth is poised to come from Saudi Arabia as satellite towns are developing in a big way and joining the mainstream retail revolution taking place in the kingdom,” business head of SportsOne Shivam Goyal told Gulf Business earlier this year.

“Also, with the impact of 2022 FIFA World Cup in Qatar gradually setting in, the sporting goods industry is heading for some very interesting times ahead.”