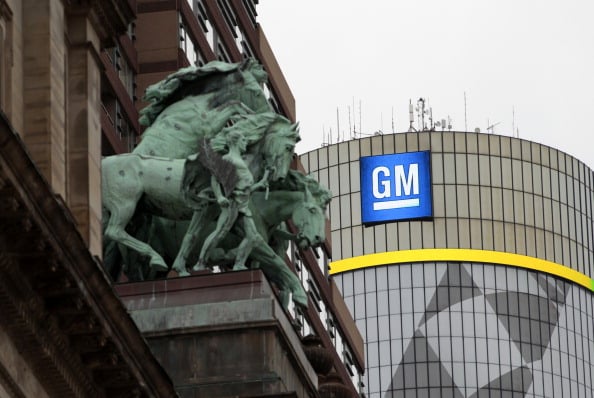 General Motors said it expected the automobile industry in the Middle East to show growth that is sustainable, but at a slower rate than in the last few years, hurt by uncertainty and political crisis in markets such as Egypt and Syria.

The U.S. automaker temporarily closed its Egyptian assembly plant outside of Cairo last month, and shut its local office, after deadly clashes between security forces and supporters of ousted president Mohamed Mursi.

It later reopened them but was still monitoring the situation closely.

“For the entire Middle East market we see growth continuing…maybe not at the rates at which we been growing over the past few years of seven to nine per cent but still a sustainable growth at four to five per cent,” John Stadwick, president and managing director of GM in the Middle East told reporters at a media gathering.

A growing youth population with rising incomes, and high oil prices mean growth would continue despite deteriorating conditions, he added.

Syria may face military action by the United States and France while street fights continue to rage in Egypt after the military ousted a Muslim Brotherhood government in a violent coup in July.

“We do see a downturn in our regional business so far. We’ll get double digit growth (at GM in the Middle East) year-over-year,” added Stadwick. He gave no comparison for GM sales in the region.

The U.S. carmaker has shifted focus from its home base and is eyeing a larger presence in emerging markets as well as the Middle East.

GM’s Chevrolet gets about 10 per cent of market share in the Middle East and the company is looking to invest in the region to grow this share, Stadwick said.

“In the Middle East there are a million people coming into market every year, 60 per cent under 30 years of age. That’s why this is an invest(ment) market. General Motors is going to invest here,” said Stadwick.

About 65 per cent of GM’s business comes from outside the United States with biggest markets being Brazil, China, Mexico and Russia.