What global watch fairs can learn from Dubai Watch Week 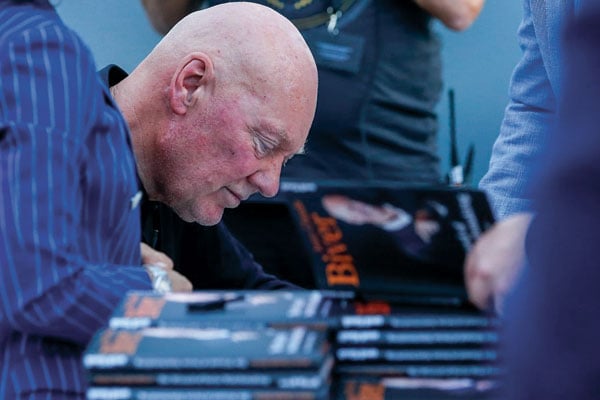 The Swiss watch industry exports $21bn worth of watches each year – that’s equal to the profit Apple makes every three months or the turn-over of the entire LVMH group every six months. Therefore, the future of the Swiss watch industry is colossal,” proclaimed Swiss watchmaking industry legend Jean-Claude Biver, the non-executive president of the LVMH watch division, during a talk at the recently concluded Dubai Watch Week.

That potential of the industry was on display at Dubai International Financial Centre (DIFC) from November 20-24 during the Dubai Watch Week. One of the highlights was, of course, the participation of Rolex in the watch week – the first time it has participated in an exhibition in the region, and the very rare occasion that it has chosen do so anywhere in the world outside of Switzerland.

The Rolex stand-alone pavilion included a Submariner exhibition brought in from Switzerland, but equally important was a display of vintage Rolex watches from the private collection of the Seddiqi family. This included extremely rare and valuable timepieces like the 1973 Ref. 3612 coin watch made from a $20 coin dating back to 1904; a 1975 Ref. 3729 elongated Cellini open-faced pendant watch; and even a 1959 Ref. 2056 “Chameleon” timepiece with interchangeable straps.

Apart from the horology forums, creative hubs and watchmaking masterclasses, there were seven watches launched at Dubai Watch Week. This included two from independent watchmaker H. Moser & Cie. The first was the Swiss Alp Watch Concept Dubai Limited Edition – H. Moser & Cie’s CEO, Edouard Meylan, confirmed to Gulf Business on the sidelines of the event that there will be just one more Swiss Alp timepiece manufactured after this one and then production of the collection will cease. The second timepiece launched by the company at the watch week was the Endeavour Centre Seconds Diamond Concept whose steel bezel is set with diamonds.

Another Dubai Watch Week special product launch was the Hublot Classic Fusion Special Edition Bronze Anticlockwise which is the first Hublot made completely from bronze. It also features an anticlockwise movement, another first for a watchmaking brand.

Chopard too had a private exhibition area where it launched its new Alpine Eagle collection in Dubai. The collection comprises of a steel watch inspired by the 1980 St. Moritz timepiece, with the modern-day version featuring a COSC-certified chronometer movement and a proprietary stainless steel alloy called Lucent Steel A223.

The Dubai Watch Week was also where visitors could interact with WatchBox, a pre-owned luxury timepiece powerhouse that not only had a presence at the event but also partnered with Ahmed Seddiqi & Sons to open its first permanent boutique in DIFC last month. “Through the relationship between WatchBox and Ahmed Seddiqi & Sons, customers will be able to initiate trades with pieces from their personal collections for new timepieces from Seddiqi-owned boutiques, sell pre-owned watches directly to WatchBox, and trade or purchase pre-owned watches from WatchBox’s $80 million global inventory – all with transparency and ease,” said Danny Govberg, co-founder and CEO of WatchBox.

Jean-Claude Biver made his first trip to Dubai four decades ago, and has been actively engaged with the watch industry even longer. He’s seen his share of watch exhibitions, which made his remarks about the watch week more imperative and one that came from a position of authority. “Baselworld and Watches & Wonder,” said Biver of the two biggest global luxury watch fairs, as he looked around the audience searching for representatives of the two shows, “should learn from Dubai Watch Week. There is no selling pressure here at the fair, which is what I like. What they have done here is phenomenal.”

What the industry leaders had to say about Dubai Watch Week:

The essence of independent watchmaking is collaborative work. You see a lot of that at Dubai Watch Week. One watch that we will be launching early next year was actually based on a conversation I had during the Dubai Watch Week two years ago. From an organization standpoint, it is amazing. When we first participated in Dubai Watch Week six years ago, we were selling only a handful of watches in the Middle East. Now, the brand has become very successful and one big reason is Dubai Watch Week where we meet people and explain to them about who we are.

I love this event because it’s completely different from other events in the watchmaking industry. Two years ago the Seddiqi family invited me to be a speaker at Dubai Watch Week. Everyone who loves watches can talk directly to the people who make those watches. The final client has the opportunity to be close to the people who make the watches. The Seddiqi family are our partners and friends.

For us it’s very important to be here at Dubai Watch Week – it’s the first time we are participating. For the public and Dubai, this is a very important show because we can bring novelties that are only in our Geneva boutique or that were presented at the GPHG.