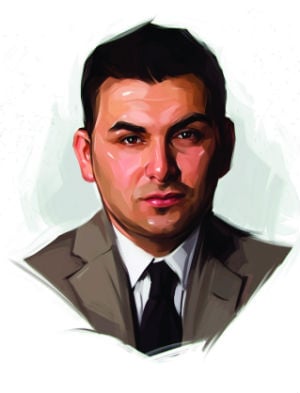 Do you need rocket fuel? That is what venture capital is. Let me explain in a very basic, generic way.

If you would like to go big and fast, billion dollar potential, a great team, money and not have to do it the conventional way then it might make sense to look for VCs.

Usually, a venture capital fund (or a limited partnership) is partly owned by the general partners who are managing the firm, its fund and investments. Then there are the limited partners (the investors). They could be public pension funds, fund-of-funds, corporate pension funds, insurance companies, high-net-worth individuals, family offices, endowments, foundations or sovereign wealth funds.

The likelihood that your business plan gets serious consideration is 10 per cent, while only 1 per cent will get funded. Nevertheless, an investment decision con- sists of several factors. These include the analysis of the market, product, team and financing risk.

While the entrepreneur can control several aspects of an investment decision, the VC landscape is also significantly influenced by the region’s attractiveness. This includes economic activity like gross domestic product, growth and unemployment, the size, market cap and number of listed companies as well as taxation. Investor protection and corporate governance, the human and social environment, entrepreneurial culture and historic, and future, deal opportunities are also considerations. If institutional investors are unsure of a region’s socio-economic environment, they cannot make rational decisions. They can try to minimise information deficits by gathering data, if available, or invest in local organisations that can serve as proxies. As a result, a rising trend we are seeing in the Middle East is that certain, pioneer- ing VC funds from mature markets – such as the United States or United Kingdom – are investing in local VC funds or operators. They are looking to acquire regional experience while avoiding opening offices and dedicating human resources to cum- bersome research.

Looking at the world’s hotbed for the industry – the US (Silicon Valley being on top) – venture capitalists invested $17.5bn in 1,200 deals in the second quarter of 2015. Investment increased 30 per cent in terms of dollars and 13 per cent in the number of deals. This compares to the first quarter when $13.5bn was invested in 1,000 deals.

At 500 deals, the software industry continued to receive the highest level of funding. This figure increased 30 per cent from the prior quarter to $7.3bn in Q2 of 2015. It was the largest quarterly invest- ment in software companies in 20 years. Investments in internet-specific compa- nies are at the highest level since the first quarter of 2001.

The Middle East and North Africa region has seen significant growth in investments as well, despite the geopolitical challenges. However, the region’s VC landscape remains tiny compared to global mature markets. The number of deals was as low as 20 transactions during the financial crisis and found its peak in 2011, and 2012, tripling to over 60 trans- actions. While 2013 was a relatively quiet year, 2014 saw a significant increase in transactions amounting to close to $1bn. Half of these investments were placed in the information technology sector.

All in all, the MENA region is a gold mine for venture capitalists, especially internet-focused investments. Several governments are embracing and supporting small and medium enterprises – especially in the Gulf Cooperation Council. The United Arab Emirates is a pioneer in the Middle Eastern tech scene. The country is attractive for foreign investments, given its tax-free environment and vision for entrepreneurial support. In a region plagued with high unemployment, we have the responsibility to create 100 million new jobs by 2020 to just maintain our current growth rate. Only SMEs can achieve this. At the same time, we have the opportunity to embrace the potential of our young population by creating infrastructure that enables entrepreneurship. This includes the introduction of bankruptcy laws, strong credit histories and judicial systems. Loans for SMEs from central banks at low prices, an entrepreneurship-focused education system and the championing of regional VCs – especially in the internet sector – is also needed.