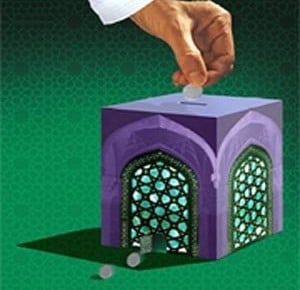 The global supply of Sukuk is less than half investor demand and the gap may widen further unless the Islamic finance industry can quickly develop more institutions capable of organising new issues, according to consultancy Ernst & Young.

Current outstanding demand for Islamic bonds totals an estimated $300 billion, and this is expected to grow to $900 billion by 2017, Ashar Nazim, Islamic financial services leader at Ernst & Young, told Reuters this week.

Meanwhile, fresh issuance of Sukuk this year is projected to surpass a record $100 billion, according to the corporate and markets division of Commerzbank – satisfying less than half of outstanding demand.

“Supply is less than half today – as a result Islamic banks are forced to rely on other synthetic solutions,” such as commodity murabaha and tawarruq investment structures, said Nazim. Such structures tend to be shorter-term than Sukuk and are often not as convenient for investors seeking liquid financial instruments.

Nazim said regulatory requirements or business reasons were causing investors to hold about 30 per cent of their Islamic assets, estimated at around $1.3 trillion globally, in the form of liquid instruments.

Sukuk, which pay returns on money invested instead of coupons to obey Islam’s ban on interest, are the main liquid instrument in Islamic finance.

Heavy demand for Sukuk has over the past year largely eliminated the “Sukuk premium”, the additional cost which borrowers paid to issue an Islamic bond instead of a conventional bond because of the smaller investor base for Sukuk and the relative unfamiliarity of Sukuk structures.

Many high-grade credits, such as Qatar in its record $4 billion Islamic bond issue in July, now pay less to sell Sukuk than they would for conventional bonds.

The growing appetite for Sukuk is coming largely from Islamic banks as well as conventional banks, high net worth individuals and Islamic endowments called awqaf.

The awqaf are increasing their allocations to Sukuk as they reform their operations and become more organised in their investment decisions, Nazim said. According to an Ernst & Young estimate, awqaf around the world had about $105 billion of assets in 2010, including roughly $40 billion parked in cash.

The Gulf’s sovereign wealth funds generally remain on the sidelines in Sukuk investment, he added. “They are rather neutral to conventional or Islamic paper.”

But overall, suppliers of Sukuk are struggling to keep pace with demand and “there is a risk that the absolute gap could be exacerbated”, said Nazim.

Factors limiting supply include a lack of intermediary institutions that have the necessary connections in the market, structuring expertise and balance-sheet strength. Nazim said Ernst & Young had identified 14 Islamic banks with the financial muscle to operate in the international Sukuk market – a tiny number compared to banks in the conventional bond market.

“Clearly there is a leadership vacuum that is up for grabs,” Nazim said, adding that as big conventional banks restructured and focused on their core markets because of the global financial crisis, Islamic institutions had a chance to develop their abilities.

But structural issues in the Sukuk market also remain unaddressed, Nazim said; for example, the industry lacks a common global trading platform for Sukuk and banks operate their own proprietary trading networks. “Those inefficiencies are huge.”