The coronavirus pandemic continues to impact the global economy, with the tech sector suffering immensely.

A recent report by Gartner has indicated that smartphone sales have decreased by 20.2 per cent in the first quarter of 2020.

This Gartner report attributed this decline mainly due to the closure of factories and stores around the world and also the lockdown which has affected the movement of people and sales of devices.

The report further revealed that the five largest companies in the smartphone sector were all affected, except for the Chinese company Xiaomi, which witnessed a 1.4 per cent increase compared to Q1 2019, due to the increase in the company’s phone sales outside China. 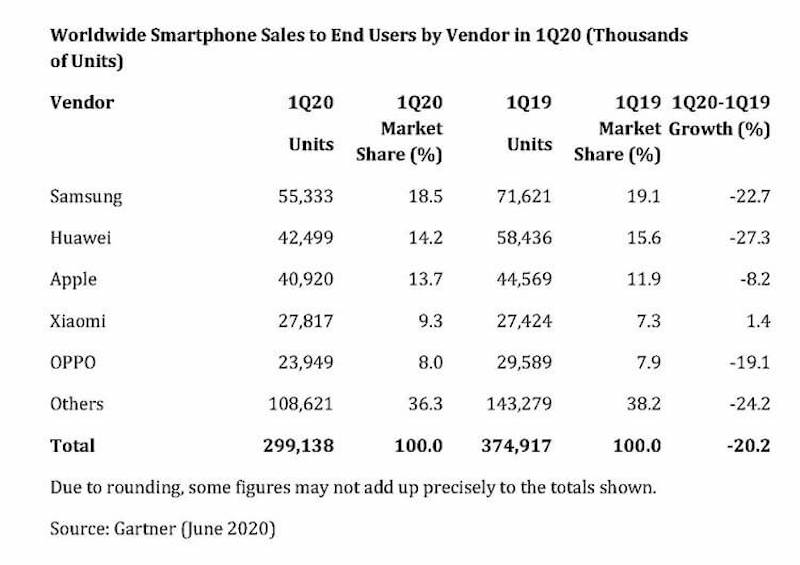 The orders to stay home have impacted supply chains and have been a major contributing factor in the decline, especially as Asian countries were among the first affected by the virus.

Samsung had already warned in April that “sales and profits of set products business, including smartphones and TVs, are expected to decline significantly as Covid-19 affects demand and leads to store and plant closures globally.”

As of now, there is no end in sight for the pandemic. The only positive news is related to a vaccine from a Chinese pharmaceutical company that is seeking to test the third phase of it in the United Kingdom, before it is produced in large quantities.

Bill Gates has previously revealed that he would allocate all of his charity’s resources to find a cure for this coronavirus.