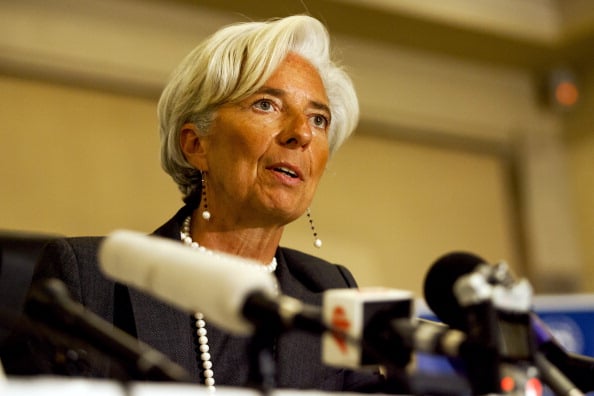 The global economic recovery remains “too slow, too brittle and too lopsided”, the head of the International Monetary Fund said on Monday, singling out the risk of financial market volatility arising from divergence in monetary policy among leading central banks.

Christine Lagarde reiterated the IMF’s forecast that, more than six years after the global financial crisis, the world economy would grow by just 3.5 per cent this year and 3.7 per cent in 2016.

“This is still below what could have been expected after such a crisis,” Lagarde said in a speech to women students in the Indian capital New Delhi.

“Looking ahead, something better may yet come on the back of low oil prices and interest rates. Still, there are significant risks to this fragile global recovery.”

The first of those was what Lagarde called “asynchronous monetary policy” in advanced economies, with the United States and Britain normalising their stances while the euro area and Japan increase their monetary stimulus.

“Even if this process is well managed, it may result in excessive volatility in financial markets, including India,” Lagarde said according to a prepared text of her remarks.

She also said that the euro area and Japan were at risk of remaining stuck with low growth and low inflation, making it difficult for them to reduce unemployment, debts and raising the risk of recession and deflationary pressures.