As global inequality grows, who is willing to bridge the gap? - Gulf Business 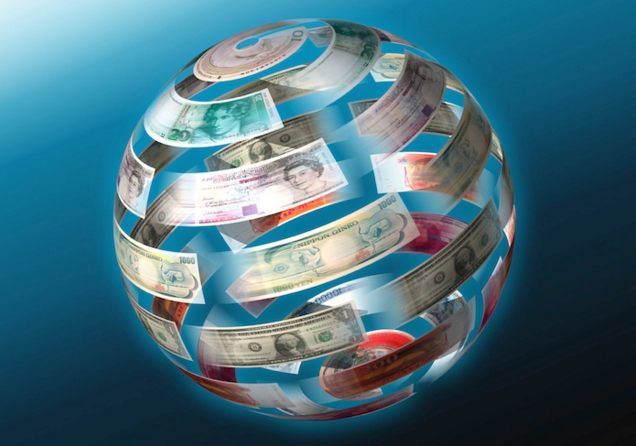 Last month Oxfam and the United Nations published reports highlighting the wealth of the world’s richest people, and the enormity of the global humanitarian financing gap, respectively.

Oxfam’s report laid bare the growing chasm between rich and poor, showing that the 62 richest billionaires in the world own as much wealth as the poorest half of the world’s population. That’s 3.6 billion people.

The charity puts the 62 billionaires’ collective wealth at $1.76 trillion, equating to an incredible $23.4bn per person. A stark contrast to the $489 owned by each of those 3.6 billion others.

It’s the kind of inequality that makes the UN’s report so frustrating to read.

This gap is preventing some of the 125 million people in need around the world from receiving vital aid.

Recommendations included tapping into Islamic social finance and encouraging governments to dedicate a higher percentage of their gross domestic product to humanitarian causes.

But what of those 62 billionaires? Surely they could eliminate that gap in one fell swoop if they wanted to?

To cover the $15bn, they would need to stump up about $242m each – or just above 1 per cent of their average wealth – leaving them with more than $23bn. Wouldn’t this be a small price to pay in order to safeguard the wellbeing and dignity of the world’s most vulnerable people?

Of course this oversimplifies the matter, not least due to the problems within the aid ecosystem itself. Critics argue that money often reaches the pockets of corrupt regimes rather than the people, and that such aid has been used as a bribe by rich foreign powers looking to secure contracts in poverty-stricken territories.

Throwing money at a situation isn’t necessarily the best way to solve it, especially in a sustainable way.

But at the same time it’s hard to ignore the question: what are the world’s wealthiest doing to combat inequality?

The recent World Economic Forum highlighted inequality in a number of areas: civil liberties, economics, technology, education, and more. And to their credit, many billionaires are indeed tackling these issues head on.

Warren Buffet, Bill Gates and Mark Zuckerberg are perhaps the most high-profile people putting their wealth towards philanthropic causes. And you can add to these some of the entrants in our Arab Power List.

Last year, Prince Alwaleed bin Talal bin Abdulaziz Al Saud (number one on the list) pledged to donate his $32bn fortune to charity; the Al Ghurair family (Abdul Aziz Al Ghurair at number eight) said it would direct one third of the company’s assets towards establishing a regional education foundation; and in 2013 Sheikh Sulaiman bin Abdulaziz Al Rajhi (25) donated his 19.7 per cent stake in Al Rajhi Bank – worth nearly $5.5bn – to an endowment charity dedicated to charitable causes.

And it’s not only money that’s making difference. Singer Maher Zain (44) is among those entrants dedicating time and energy to charity, and the work of Sheikh Abdallah Bin Bayyah (12) to promote peace and combat extremism has been widely praised.

A number of people with wealth and power are unquestionably making a difference.

But to add to the UN’s figure of 125 million people requiring humanitarian assistance, global unemployment is estimated to stand at 197.1 million with vulnerable employment (self-employed workers and unpaid family contributors) accounting for 1.5bn people – 46 per cent of total employment.

The World Bank says 9.6 per cent of the world is living in extreme poverty.

Millions upon millions of people around the world are crying out for help whether it’s financial aid, meaningful employment or social initiatives. There is an opportunity for businesses and individuals to stand up as moral, humane and conscientious leaders.

There are almost 6,000 ultra high net worth individuals in the region, with a combined net worth of $995bn; the combined 2014 earnings of the Arab world’s top 200 companies was in excess of $348bn. The money to help is there and so is the inclination in many quarters.

Credit must be given to the region’s active philanthropists and humanitarians. Who else is ready to step forward?

Much more can be done. Much more must be done.

Neil King is the editor of Gulf Business