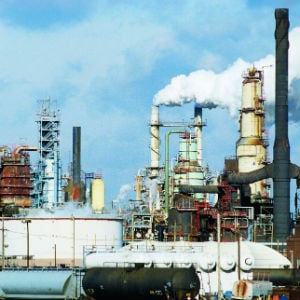 The just-released BP Statistical Review of World Energy remains a seminal guide to trends in the global energy industry. In his introduction, CEO Bob Dudley said global energy consumption rebounded strongly in 2010 after the recession. Consumption growth reached 5.6 per cent, the highest rate since 1973, increasing strongly for all forms of energy and in all regions. “Total consumption of energy in 2010 easily surpassed the pre-recession peak reached in 2008,” he said.

To take the data at face value, the world has around 40 years of oil left, 50 years of natural gas and 120 years of coal, although this does not account for future discoveries of reserves.

Total global proved oil reserves have risen from 1.003 trillion barrels in 1990 to 1.383 trillion barrels, an average annual increase of 1.62 per cent. In 2010, the Middle East (excluding North Africa) accounted for 54.4 per cent of world oil reserves, but only 30.3 per cent of production. In a sign of the tightness of global oil markets, 2010 consumption was well ahead of production.

Total global proved gas reserves stood at 187.1 trillion cubic metres in 2010, up from 125.7 tcm in 1990, an average annual increase of two per cent. LNG imports as a share of total imports stood at 30.52 per cent in 2010, up from 27.7 per cent in 2009, a sign that strategies like Qatar’s are headed in the right direction. Gas pricing remains anomalistic, depending on regional demand and delivery mechanism.

The emergence of US shale gas, deeper deposits requiring more advanced drilling techniques, could yet threaten the LNG strategies of major exporters Qatar and, increasingly, Australia.

The Russian Federation remains the largest holder of global gas reserves at 23.9 per cent, followed by Iran, with 15.8 per cent and Qatar with 13.5 per cent. Iran continues to be completely hamstrung by sanctions, which mean that, even with Chinese assistance, which many analysts deem unlikely, it is still at least five years away from turning Asseluyeh into a major LNG export hub on a par with Ras Laffan.

One of the clearest messages to emerge from the report is perhaps also one of the more coded. In reserves to production terms, that is, the number of years a country can produce given known reserves at current production levels, no region can produce oil for more than 100 years, gas for more than 200 years, or coal for more than 300 years. This is a clear sign of the increasing importance of gas over oil, as is being demonstrated in international energy markets.