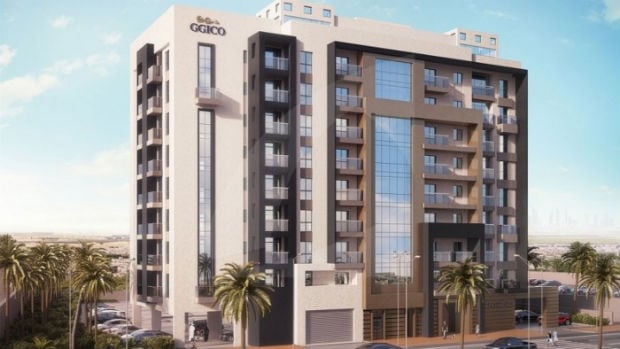 The first phase of the project will consist of 240 one bedroom apartments with prices starting at Dhs536,892, the company said.

Apartments in the project will also be semi furnished with appliances such as a cooker, washing machine, fridge and a microwave supplied to the residents, the developer said in a statement.

The project is scheduled to be completed by December 2015, a spokesperson confirmed.

The developer is hoping that the project’s location will help bring in those looking for an affordable property in the emirate.

“Silicon Oasis is already experiencing strong rental demand and delivering healthy yields – something that can only increase because of the planned extension to the Green Line,” said Andrew Chambers, CEO of GGICO Properties.

“We have already witnessed the rise in property prices in the locations that the Metro serves and the opening up of a new station will increase the area’s desirability even further. It will be a major contributor to the development becoming a highly sought after location to live.

“Another factor that will lead to the inevitable increase in prices of Silicon Oasis property is its location in the Expo2020 corridor. These elements place Topaz Residences property in a prime position to grow in value over the next five years.”

GGICO is also developing Platinum Residences, which is a joint venture residential project with Orion Holding in Silicon Oasis.

The project will comprise of two towers, featuring 200 apartments and is scheduled to be completed by April 2015.

Dubai has seen an increasing number of off plan property launches in recent months despite the ongoing stabilisation of prices.

With the recent rules restricting mortgage lending to prospective home buyers, many developers are also launching affordable projects over luxury.

Despite the scale of the project, starting prices of the townhouses are less than Dhs1 million while apartment prices start at less than Dhs350,000.