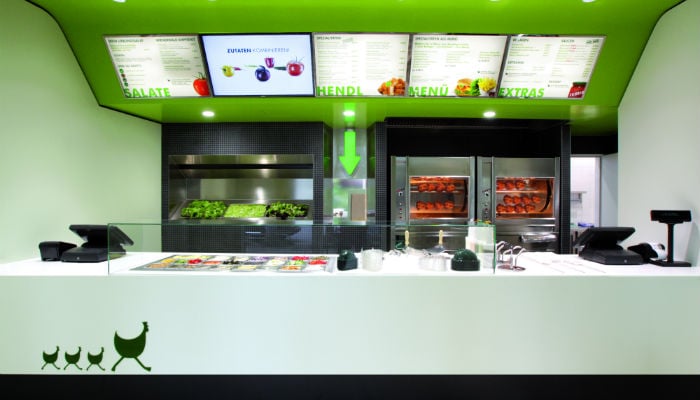 German-based casual dining brand Wienerwald has announced plans to launch in Dubai, with an investment of Dhs10 million.

Popular for its roasted chicken offerings, the franchised outlet of the brand is launching two stores in the emirate, with signed leases in Jumeirah Beach Residences (JBR) and Dubai Media City, a statement said.

“People enjoy going out to malls and food courts or restaurants. As such, thematic dining is highly sought after. We encourage people to come for the food and stay for the ambience.”

The brand is hoping to gain marketshare thanks to its ‘unique offerings, priced affordably,’ the statement said.

“Our secret is – crispy, golden skin, succulent meat, seasoned with a unique blend of herbs and spices – Wienerwald has been an expert griller since 1955. It isn‘t without good reason that our roast chicken generates the greatest part of our revenue,” said Ellenbeck.

Apart from the classic roast chicken, other items on the menu include schnitzel, kiks, chicken wings, burgers, wraps and salads.

Wienerwald was founded in 1955 and revived in 2007, when the founding family bought back the brand’s trademark rights.

It is one of the several international brands targeting Dubai’s lucrative food and beverage industry, which is growing thanks to a rise in population and increased spending power. In recent years, the market has seen the launch of popular F&B brands such as The Cheesecake Factory and IHOP from the US, Sweden’s Max Burger and Germany’s Doner Kebab, among others.