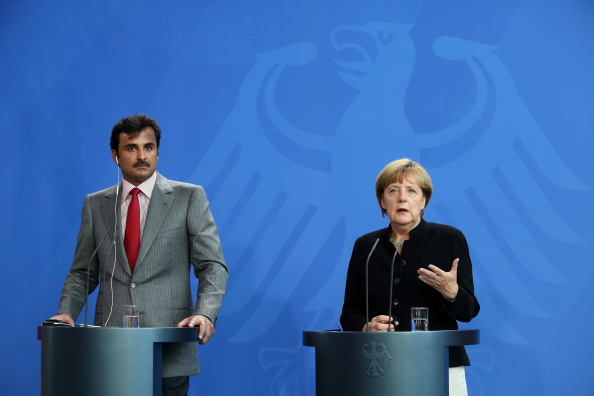 German Chancellor Angela Merkel said she expected cooperation with Qatar in the energy sector to grow in the years ahead, saying progress was already being made in the area of liquefied natural gas (LNG).

“I believe that we will have closer cooperation in the energy sector in the years to come,” she said on Wednesday at a joint news conference with visiting Qatari ruler Emir Sheikh Tamim bin Hamad Al Thani.

“First steps have been taken in the area of LNG. As for cooperation with EU member states, Qatar will surely play a more important role in the years ahead.”

Meanwhile Qatar’s emir also asserted that his country does not finance any terrorist organisations in Syria or Iraq and has never done so.

Merkel said the emir had assured her his country’s security was also at stake in the fight against Islamic State militants, and she had “no reason not to believe what the emir said”.