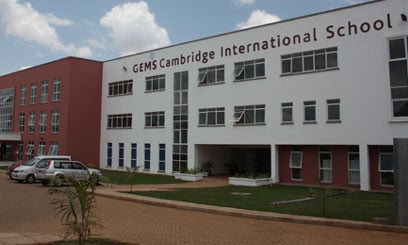 Along with healthcare, education is viewed as one of the fastest-expanding industries in the Middle East as growing populations and burgeoning wealth create demand for high-quality services previously in short supply locally.

Expatriates account for the vast majority of the UAE population, with demand for schooling rising alongside a gradual shift from short-term residents chasing tax-free wages to workers settling and bringing up families in the region.

“There’s a much more stable population base here now,” Nicholas Guest, the GEMS Education chief financial officer, told reporters on the sidelines of a company event.

“There’s big demand at the primary age group, but people are staying in the UAE longer, so that is filtering through into secondary (education). And people used to send their kids home to boarding school, but less and less of that is happening.”

The company, which has 39 schools catering for about 90,000 students, is aiming to create 10,000 new school places a year. Most will be in the UAE, which accounts for about 95 per cent of its business.

Some of the expansion will happen in Saudi Arabia, Qatar and Africa, Guest said, but the UAE will continue to represent more than 90 per cent of its business.

GEMS is the largest education provider in the UAE and Guest said that earnings before interest, tax, depreciation and amortisation (EBITDA) are expected to continue to grow by about 20 per cent a year.

The company sold a $200 million sharia-compliant hybrid bond in November and says it can fund its $100-150 million of annual capital expenditure needs through cashflow generation and some property finance.

An initial public share offering could happen in the future but it has no firm plans at this point, Guest said.

The sale of a minority stake in the company to an investor is more likely, though there are no talks in progress.

Chairman Sunny Varkey was quoted in September as saying that 20 per cent of the business could be sold to raise as much as $500 million to finance growth. GEMS is 100 per cent owned by the Varkey family.