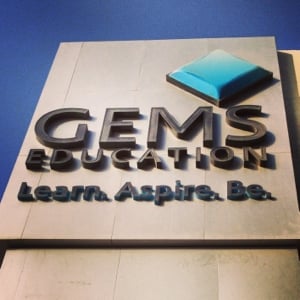 Al Muntafiq, who served as a non-executive director on the board of GEMS, will oversee the group’s operations in the Middle East, Africa and most of Asia.

Prior to joining the school operator, Al Muntafiq was the executive chairman of Tatweer, which is a major subsidiary of Dubai Holding.

The operator revealed plans to build almost six schools and aims to create around 10,000 new school places a year. The majority of its expansion is expected to be in the UAE, which accounts for around 95 per cent of the firm’s business, the company’s finance chief told media recently.

GEMS Education’s chief financial officer Nicholas Guest added that the group has plans to expand in Saudi Arabia, Qatar and Africa though the UAE will remain the company’s core market.

The company is also the largest education provider in the UAE and has 39 schools catering to around 90,000 students.

Guest said that earnings before interest, tax, depreciation and amortisation (EBITDA) are expected to grow by 20 per cent each year.

The company sold a $200 million sharia-compliant hybrid bond in November to fund its expansion plans.

GEMS Education could also be looking at an initial public offering in the future but it has no immediate plans, Guest said. However, the operator has not ruled out the option of selling a minority stake to raise funds to finance growth.

Chairman Sunny Varkey was quoted last year as saying that 20 per cent of the business could be sold to raise as much as $500 million to finance growth. GEMS is 100 per cent owned by the Varkey family.