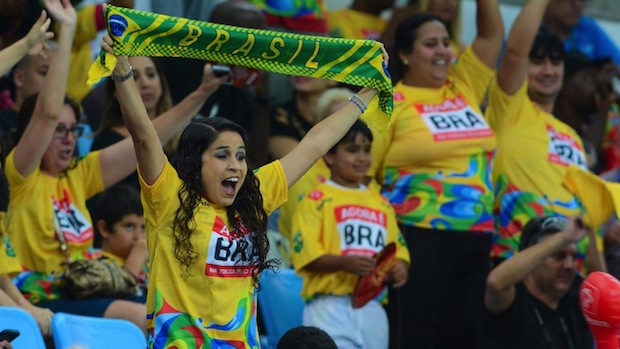 The sporting spectacle, being held for the first time in South America, is anticipated to welcome more than half a million visitors to the city, meaning there has been a herculean effort from the host country to prepare for the influx. From getting large-scale infrastructure in place to handling small services required by athletes, no stone has been left unturned.

However, the journey has certainly not been smooth for the organisers. From healthcare concerns sparked by the Zika virus to political upheaval and corruption charges, the city has had to endure a spate of challenges in the build-up to the games.

But despite all the problems, the organisers are confident the event will be spectacular and safe. 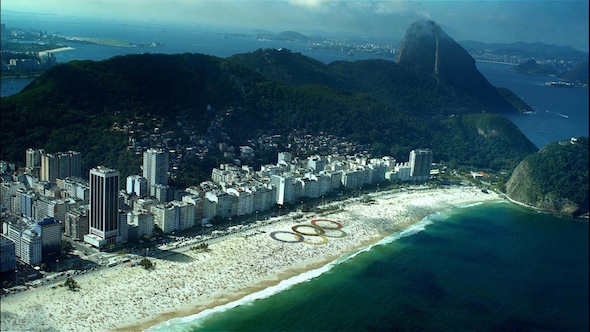 “In terms of the Zika scare, since the event is taking place in winter, there is expected to be very little activity by mosquitoes. We have also taken several precautions to ensure that athletes are protected,” says Rio 2016’s Organising Committee spokesperson Mario Andrada.

He also insists that security-wise, Brazil is teaming up with several other countries to ensure that visitors and athletes are protected.

Addressing political upheaval following the recent impeachment of former Brazilian President Dilma Rousseff, he says: “Brazil is a young democracy and is still learning. These changes do affect the games. But we want to keep corruption off and we want the country to make progress.

“We are confident about the situation now because of the constant dialogue that we have with the society.”

He adds: “As the organising committee, we maintain transparency about our funds as well.”

As a not-for-profit organisation, the Rio 2016 Organising Committee has teamed up with numerous private sector entities to create the ecosystem required for the games.

While partners for the Olympics include the customary big name sponsor brands (such as Coca Cola, Visa and Samsung), one less-expected company to lend its support to the event is global industrial conglomerate General Electric.

“Since we started our International Olympic Committee sponsorship over 10 years ago, we have delivered over $1.5bn in infrastructure projects through the games (in Sochi, London, Vancouver, Beijing and Torino),” says GE director of Olympic and sport programmes Christopher Katsuleres.

“We are uniquely suited to meet the infrastructure needs required to stage the world’s largest events.”

In Brazil, the company has worked on more than 170 projects, with eight business units directly supporting infrastructure works.

Some of the areas in which GE is involved are energy generation and distribution systems, image diagnostics, monitoring technology and electronic medical records, lighting systems, aircraft engines, water and sewerage treatment installations and services, equipment and transport management.

“From an Olympics context, we put a commercial team in Rio in 2011. That is fundamental to understanding what the requirements are. Everything for the games is being done by GE Brazil employees – that’s how we orchestrate it,” explains Katsuleres.

As a sponsor, the company does benefit from getting preferred contracts for some of the projects, provided it fulfills the required criteria.

“But the majority of the projects that we have – we have had to win them on our merit and capabilities in the market,” explains Katsuleres.

“So our sponsorship contract doesn’t guarantee anything that is an investment by the city or government or private investor in the games. We have to compete to win the projects.”

He also insists that the company does not work on the Olympics as a corporate social responsibility initiative. While GE does leave behind legacy projects following every games, the colossal programme is commercial-facing. 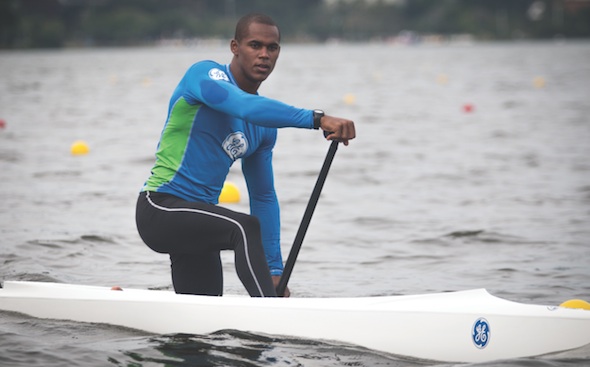 “We are very much focussed on the projects that we can contribute to and – save for one or two projects – they are all about revenue. We see that as our number one objective for the games,” he states.

“Any large-scale project, we will look at it from a commercial standpoint because there’s opportunity. I absolutely believe it is profitable. We wouldn’t be doing it otherwise.”

On the other hand, Katsuleres does admit that there is enhanced reputational value for GE as a brand.

“It certainly helps us outside the US where our brand is strong. In countries like Brazil, we are known as a brand but not maybe for who we are today. They don’t see us as an infrastructure company. So this is our opportunity to show our contributions to the games through that lens,” he explains.

While GE is confident about benefitting from its collaboration with the Olympic Games, the massive event does come with its own set of challenges.

“One of the bigger challenges at the Olympics is that everything that they [the host countries] are doing, has to be done in seven years and they have never done it before,” says Katsuleres.

“It’s huge. Everyone thinks that seven years is plenty of time, but it’s not a lot to plan out all the infrastructure requirements, the investments that need to be made and to get consensus among the government departments. For instance, in Brazil, you have three layers of government that have to be coordinated – federal, state and city.

“And then you have a multitude of other stakeholders or consultants that you have to work with to figure out specifications.

“So, for us, it’s really just about understanding the landscape, who the players are and the matrix management on each of the projects – because they are all so different,” he explains.

Internally for GE, orchestration between the various business units and bringing the right resources to the project at the right time can pose a challenge, admits Katsuleres.

GE already has a strong presence in the Gulf Cooperation Council across several of its industries. Most recently, the company signed a $3bn memorandum of understanding with the Saudi Arabian Industrial Investments Company to help develop the kingdoms’ local manufacturing industry.

Last year, it also announced a $100m investment in its research and manufacturing programmes in the country, in addition to the $1bn that it invested in the Saudi market over the previous three years.

With the GCC region now getting ready to host large-scale events like Expo 2020 in Dubai and the 2022 FIFA World Cup in Qatar, the firm is also hoping to win new projects in the region.

“While we can’t detail specifics, clearly our technology contributions can help in the preparation and the execution of large global events such as Expo 2020 Dubai and the 2022 FIFA World Cup in Qatar, including in helping to support sustainability and efficiency goals,” says Katsuleres.

He says the company is in discussions about how it can take the process of handling a big project like the Olympics and apply that to similar projects globally.

“The objective is to bring in the resources at the right time to the project based on the needs,” he explains.

“We have got a good opportunity in places like Qatar and Dubai and we are also investing in getting local resources and capabilities on the ground across the region.”

With contracts already being awarded in Dubai and Qatar, it remains to be seen whether GE’s technical expertise and regional focus will help the company outbid its competitors and keep the wins coming.