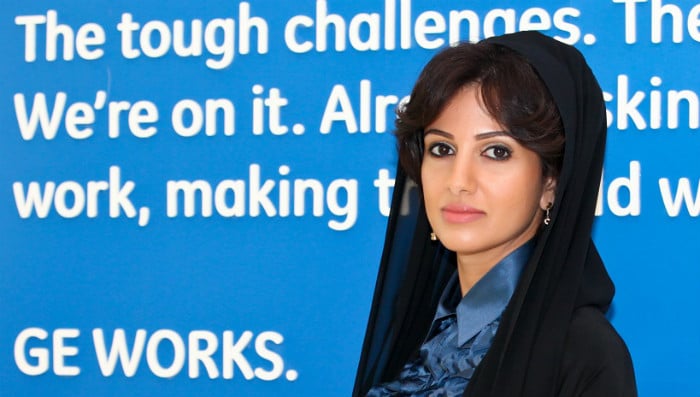 Global conglomerate GE announced that it has appointed UAE national Dalya Al Muthanna as the new president and CEO for the Gulf.

The first emirati to be appointed to the senior leadership position, Al Muthanna will report to Nabil Habayeb, GE’s president and CEO for the Middle East, North Africa and Turkey.

She will be responsible for developing GE’s business strategy for the Gulf region covering UAE, Qatar, Kuwait and Oman, and to grow cross business selling across the company’s diverse portfolio, GE said in a statement.

She is also entrusted with promoting national leadership and talent development.

Al Muthanna joined GE in 2008 and previously served as the director for Growth Strategy for MENA and Turkey. Prior to joining GE, she founded and managed a multi-million dollar international franchise, the statement said.

She is also a board member of Emirates Solar Industry Association (ESIA) Women in Solar Program and a member of the Steering Committee of the MENA Clean Energy Business Council.

GE has been operating in the region since the last 80 years, with a presence in 19 countries across the MENA region and Turkey. It has 30 offices and 35 ground facilities and employs over 4,200 people in the region.

In 2012, the company announced that it plans to invest $1 billion in Saudi Arabia to boost its presence in the Kingdom. The investments will be made in the energy, healthcare and innovation sectors, and will double GE’s workforce in the Kingdom to 2,000 by 2015, it said.