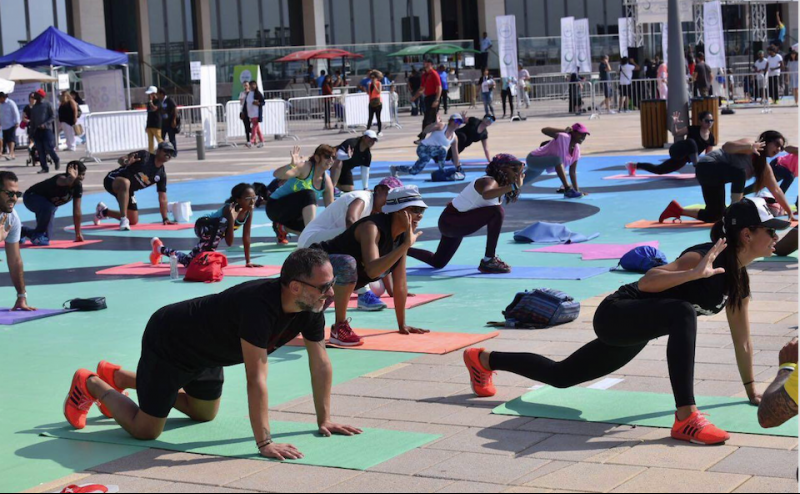 Despite a regional reputation for inactivity, the Gulf fitness market has enjoyed something of a second wind in recent years spurred by foreign investment and government drives to improve the health of citizens and residents.

From a state perspective, sports and fitness activities are increasingly seen as a means to address key healthcare challenges – namely high rates of obesity and diabetes linked to unhealthy lifestyles.

According to 2016 data from the World Health Organisation, obesity rates in adults range from 37.9 per cent in Kuwait to 35.4 per cent in Saudi Arabia, 31.7 per cent in the UAE, 29.8 per cent in Bahrain and 27 per cent in Oman. A 2017 study by US-based Stanford University placed Saudi Arabia as the least active country globally.

Alarmed by some of these statistics, there has been a growing movement across the region to encourage people to get active.

In Saudi Arabia for instance, the 2017-2018 academic year saw schoolgirls able to take physical education classes for the first time, while that same year the first licences were also granted to women’s gyms.

A growing regional calendar of sporting and fitness events also indicates the increasing importance being attached to the issue, with Dubai’s Fitness Challenge providing one of the most prominent examples.

The 2018 edition, which took place from October 26 to November 24, saw more than one million people participate in activities including over 8,000 free classes offered in 250 locations across the city. The expanded programme spanned five dedicated fitness villages and 30 events including The Color Run, XDubai Spartan Race, Daman City Swim, the X3JR Triathlon and the Emirates NBD Unity Run. 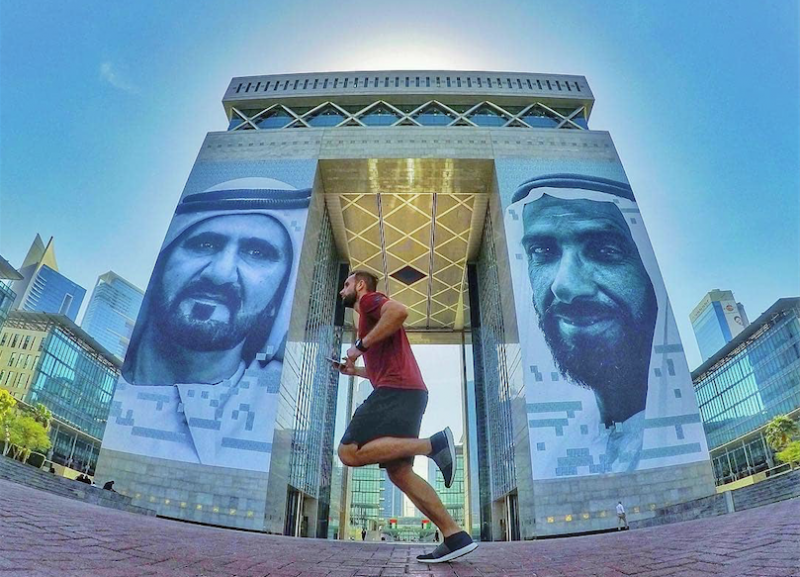 This enthusiasm has helped attract a growing number of fitness-related start-ups to Dubai including Amino App, which went live in September. Founder and CEO Anis Nasr says his inspiration for the service, described as the Uber for personal training, came from a career in finance in the city where he noticed his colleagues struggled to get active.

“Unlike me, they were married and often had children. They didn’t have the luxury of dedicating two hours a day after work to travel to a gym and workout,” he explains.

“It was the recognition of this challenge that so many of my work colleagues were experiencing that inspired the idea for Amino App.”

The burgeoning market for fitness apparel, with major sporting brands lining the halls of the region’s malls, offers some insight into the opportunity businesses see in addressing the region’s healthcare challenges.

But there are also some surprising players getting in on the action.

In May 2017, former boxing world heavyweight champion Mike Tyson announced plans for a franchise of fitness centres spanning Gulf cities like Dubai and Abu Dhabi, as well as the wider world. This was followed in July this year by plans from American four-time Olympic gold medal sprinter Michael Johnson to open a 38,750sqft Michael Johnson Performance fitness centre in Dubai.

“We have been working in the sports and fitness industry in the region for almost 10 years now, and have seen the growing demand for professionals wanting to establish their own business,” says Duplays founder Ravi Bhusari.

Other big announcements have taken place in recent months.

“The female fitness segment in Saudi Arabia is virtually untapped with a penetration rate of less than 1 per cent, while having one of the highest revenues per member globally,” says Arcapita’s chief investment officer Martin Tan.

“Given Saudi Arabia’s young and growing population, combined with rising health awareness in the kingdom, there is significant potential for outsized growth within this highly underserved segment.”

That same month US booking app ClassPass launched in Dubai after securing $85m in funding from Singapore-based Temasek investment company. 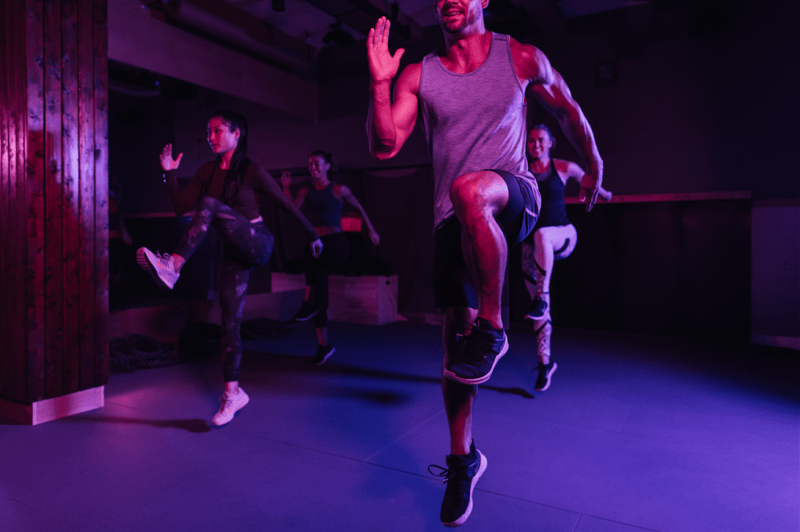 “We’ve been blown away by the response. We had so many leads in the first two weeks and the numbers have been fantastic. We’re very happy with how Dubai is going,” says ClassPass executive chairman Payal Kadakia.

“It’s such a fitness crazy market especially compared to a lot of the other Asian Middle Eastern markets.”

A UAE fitness market outlook released in June by Ken Research provides some insight into the general market opportunity.

According to the company, the number of organised fitness service centres in the emirates is expected to grow rapidly to 1,400 outlets by 2022 due to growing penetration by existing players such as Fitness First, Gold’s Gym and Lifeline Wellness but also a wealth of new entrants focusing on specialist classes.

“Demand for zumba, pilates, cross fit and martial arts is expected to increase significantly over the coming years. Group exercise classes are more energetic and result oriented and attract all ages of people irrespective of their gender,” according to the firm.

One trend new entrants to the market in particular are capitalising on is a shift away from traditional gyms.

ClassPass’ Kadakia, who founded the service back in 2011 after struggling to find dance classes, says it is important to “cater to the experience of the customer”, especially when they have a growing choice of fitness options.

“Any place that’s built on this idea of ‘we don’t care if you come and give us money for months or years on end’, I just think that mentality is flawed in terms of what your incentives are from a business perspective and customer experience standpoint,” she says.

ClassPass is now eyeing other Gulf markets for potential expansion and also planning to move into areas around fitness like salons, meditation, wellness and massages.

“We see that already being a pretty prevalent way of people living like that here, especially in Dubai, so we’ll probably be adding those services to the platform in those other categories and one day potentially even expand beyond that.”

Amino App’s Nasr also argues Dubai residents in particular have been shifting away from often “overcrowded and impersonal” traditional gyms in recent years in favour of more personalised approach.

“Today, they [residents] have dozens of options from boutique gyms, bootcamp studios, and even obstacle course training,” he explains.

“The one-size-fits-all approach of traditional gyms doesn’t work anymore. To stand out today, you need to deliver a customised service with a personal touch.”

He believes new fitness players like his personal trainer app are fulfilling a key need within the market as governments encourage the population to get active.

“The right solution will focus on two pillars: education and accessibility. In terms of education, fitness industry professionals need to proactively educate clients about how they can incorporate fitness into their lifestyle rather than into their schedules.

“Next, as residents become increasingly aware and willing to participate in exercise activities, we need to make fitness accessible. That means having different forms of exercise to suit different preferences, setting prices that are affordable, and offering flexibility in terms of when and where to exercise.”

And for many businesses the workout may be only just beginning as they box, cycle and dance their way into the consumer mindset.