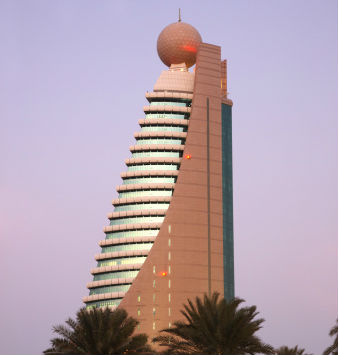 The region is mired in political strife, but this volatility has not dented appetite for mergers and acquisitions (M&A) as firms focus on growing their regional businesses and international investors seek to tap the area’s economic growth.

Foreign investors, meanwhile, are looking to invest in high-growth markets, swerving around the economic doldrums of debt-shackled Western economies.

This enthusiasm translated into a 42 per cent rise in announced M&A deal value in MEnA in 2012 to $44.8 billion from 2011, based on Ernst & Young figures. This compares to a global M&A volume slump of 12 per cent and deal value drop of eight per cent in 2012 due to jitters over the global economy.

This year’s big-ticket GCC announcements have already begun: Abu Dhabi-based property developers Aldar and Sorouh will go ahead with a government-backed merger to help lift the emirate’s sagging property market; the UAE’s mobile operator Etisalat is eyeing Vivendi’s majority stake in Morocco’s Maroc Telecom as the French firm looks to dispose non-core assets to shore up its finances.

“The region remains one where inherent political risk and instability drive change. Some will see the often-unpredictable change as a deterrent, while others will seek to take advantage of the volatility and resulting market inefficiencies,” said Andrew Schoorlemmer, partner at law firm Allen & Overy in Dubai.

“Many significant restructurings have recently been completed or are nearing completion and most will envisage the realisation of existing investments through M&A. We therefore see this as a driver of continued M&A activity in 2013.”

UAE and Qatari investors are the most active, and they ventured last year into unstable countries such as Egypt, Iraq and Libya. Qatar Telecom increased its holding in Iraq’s Asiacell, UAE’s Emirates NBD acquired the Egyptian banking business of France’s BNP Paribas and Qatar national Bank bought Societe general’s share in its Egyptian unit, as well as a stake in Libya’s Bank of Commerce and Development.

Gulf investors are taking advantage of asset sales from some Western firms that are seeking to focus on their home markets, sell non-core assets or improve their balance sheet.

The oil and gas, technology, media and telecommunications, and banking and finance sectors were the most targeted sectors in 2012. Abu Dhabi-government owned Taqa is one energy firm that returned in 2012 with acquisitions in the UK and Iraq, after a relatively quiet period where it focused on existing businesses, a trend that permeated several gulf firms.

“Corporates and semi governmental corporates are very strong financially. Their lack of recent M&A activity has not been driven by lack of fire power, but more of the consolidation mood they have been in,” said Karim Tannir, JP Morgan’s head of investment banking for MENA.

international investors are shelling out in the region despite the political risk, with the value of deals conducted by non-MENA investors rising 77 per cent in 2012 from 2011.

“While the M&A market in the MENA region is likely to progress at a faster pace than the global market, there are global factors that are impacting the improvements of M&A activity in the Gulf,” said Phil gandier, Ernst & Young’s MENA head of transaction advisory services.

“On the other hand, the increase in deal values in 2012 highlights that the MENA region still continues to remain attractive to global investors and institutions as they look to emerging markets as attractive regions for growth.”

MENA investors are also eager to capture growth in Turkey, Africa and even Asia to help grow their businesses. Logistics Firm Aramex has already bought firms in Africa and is looking at assets in South-East Asia.

Private equity firms such as Bahrain’s Investcorp and Dubai’s Abraaj Capital have also announced a slew of deals as they scurry to deploy capital from funds nearing their investment cycle.

Sovereign wealth funds continue to invest their oil wealth for future generations, with an increased focus on energy, mining and chemical assets.

Despite this growth, the region’s M&A market is riddled with problems. Deal value has yet to claw back to pre-crisis levels. Foreign investors are often dissuaded by the lack of transparency and the opaque legal system.

“We didn’t see many companies get themselves into serious distress because they were very well supported by the local community, which includes lenders and all the stakeholders in the company,” said Richard Clarke, managing director, transaction & restructuring services, at Deloitte Middle East. “What could be a potential driver of the next round of M&A is if family offices started to sell off their non-core assets.”

Mergers also remain sparse due to the reluctance of firms to relinquish control. Government backing is needed to conclude tie-ups, as was demonstrated in Qatar’s push to merge firms, such as property developers Barwa and Al Aqaria and now Abu Dhabi government’s marriage of Aldar and Sorouh.

“Clearly there is a huge benefit in mergers like Aldar and Sorouh, however there are a lot of political obstacles to overcome to put organisations like that together,” said Deloitte’s Clarke.