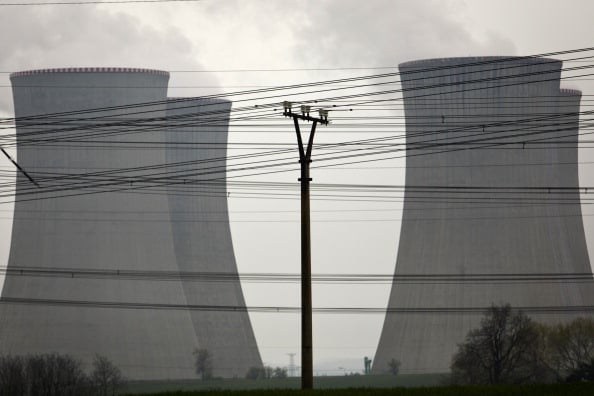 A recent report in the UAE-based daily The National pointed to a long- term GCC wide agreement, which would allow for energy-for-energy swaps among member states – ostensibly to facilitate fuel subsidy reductions and free up additional investment capital.

The agreement is yet to be concluded, but indications are it may not be that far off, starting with bilateral arrangements.

As the report (citing a senior utilities official) noted, such a deal to pay via energy instead of cash, would not only promote further interconnectivity of regional power grids but also allow for a greater pooling of resources and help streamline calculations in terms of how electricity is priced between different states.

While GCC member states began connecting their grids back in 2009 under the Gulf Cooperation Council Countries Interconnection Grid (GCCIG) initiative, it has so far only been used in emergencies when electricity is automatically re-routed from one state to another in the event of a power outage.

“Countries like Kuwait and Oman on the demand side, and Qatar and UAE on the sell side have yet to discuss and agree power system and market administration details as part of the trading model specifics,” he said.

And therein lies the problem for now as discussions continue when it comes to bolstering the original initiative.

“(The) GCCIA’s role in this is to facilitate such discussions and help the parties reach an agreement. In return (and if successful), the GCCIA gets a brokerage fee for negotiating the exchange,” Awawdeh added.

“The benefits for such power sharing arrangements, which includes supply security, optimization of power surplus economics and integration of renewables, could well be in the range of $5 billion now (based on 2012 fuel prices at about $1 to $2 billion yearly),” he noted.

Beyond the simple movement of power across borders during emergencies, increased interconnection would also mean states could share generation reserves and installed capacity in order to reduce additional investments in generation infrastructure.

Putting the economics of this in perspective, Gulf countries spend around 10 per cent of their GDP annually on energy subsidies, including fuel and electricity, according to Shantayanan Devarajan, the World Bank’s chief economist for Middle East and North Africa. Devarajan was speaking in Kuwait ahead of the launch of the bank’s report on regional energy subsidies.

Of this, Saudi Arabia accounts for almost half of the estimated $160 billion in annual subsidies for the GCC as a whole – based on IMF data as of end-2013.

Meanwhile, Standard Chartered, in its recent ‘Global Focus – 2015’ estimated Saudi subsidies to be the equivalent of almost 11.5 per cent of GDP vs. 5.5 per cent in Qatar, for example – based on a slightly more conservative estimate of $150 billion worth of annual subsidies for the GCC as a whole.

Irrespective of the numbers being crunched Devarajan’s message in Kuwait was clear – that is, start cutting energy subsidies now or the problems associated with them will worsen over time.

While the MENA region has suffered from well documented low growth, high unemployment, traffic congestion and pollution – much of this caused by energy subsidies, the richer Gulf states, though enjoying stronger economic growth historically, haven’t been immune either, given state budgets have been coming under increased pressure in response to oil revenues recently heading south.

Indeed, the evidence that subsidies over the longer term negatively impact public spending on heath education and overall investment is persuasive – as is the contention a large portion of these subsidies often benefit the richer lot.

Addressing the recent Regional Power Trade Forum 2014, Dr. Matar Al-Neyadi of the UAE’s Energy Ministry and chairman of the GCCIA said that the GCC grid could reap savings of up to $1,800 million in fuel operating costs over 25 years if energy exchange was activated.

He also noted that the GCC grid had already prevented 1,072 power black out incidents since 2009 by the instantaneous transfer of power across the grid in order to prevent such losses.

The International Institute for ustainable Development too said in its report The Context of Fossil-Fuel Subsidies in the GCC Region and Their Impact on Renewable Energy Development has already argued that increasing production costs ‘appear not to be offset by higher electricity retail prices’ – these prices having been regulated in an ad hoc way and not updated in line with market trends or inflation.

When prices were first set, according to Krane, electricity tariffs reflected only capital expenditure (capex) and operational expenditure (opex) costs, without accounting for the value of the feedstock (gas), which was considered as ‘freely available’.

Yet with increasing pressure since the mid-2000s, governments have raised tariffs for commercial and industrial consumers in Saudi Arabia, UAE and Qatar and foreigners in Qatar and UA, among others.

However, by keeping electricity prices in check for retail consumers, via subsidies, this has meant little incentive for customers to change their consumption patterns.

Moreover, a growing body of evidence has suggested this has adversely impacted investment in renewables than would otherwise have been the case. What’s clear is that the regional commitment to bringing more general infrastructure on stream will mean the subsidies issue will have to be addressed in a major way at some point.

One measure already being considered by the Saudis, for example, is to fine tune subsidies so they are targeted at consumers based on their income brackets. Abu Dhabi meanwhile has announced higher utility tariffs.

They won’t be the last and if GCC member states, given their financial clout, are to embark upon serous reforms regarding subsidies, the major outstanding question is whether they have the political will.

Current indications are they do, although the pace of reforms – through the implementation of energy swapping arrangements – remains to be seen.