GCC travel and tourism: An industry in transit? - Gulf Business 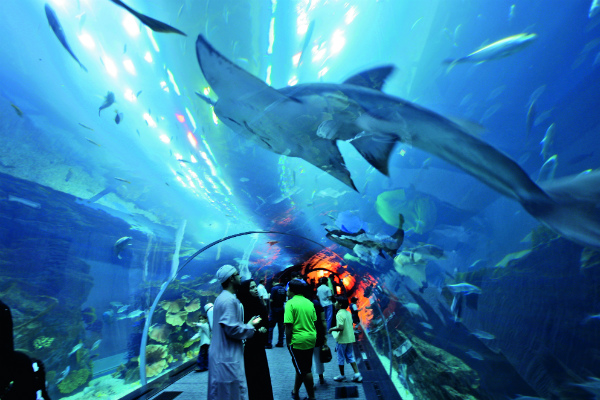 When Saudi Arabia announced plans to carve a reputation as a tourism hotspot earlier this year, the shape of the GCC’s travel and tourism industry took on a new and intriguing design, adding a fresh and largely unexpected element to an already ambitious blueprint.

Under the wide-reaching Vision 2030 – designed to position the kingdom’s economy away from a dependency on oil – Saudi Arabia aims to develop a tourism market to rival any other across the world; bold plans given its history as a largely closed destination for visitors, complete with visa restrictions and a distinct lack of obvious tourist attractions.

But since the launch of a new 30-day general tourist visa (also available to single women), a pledge of $49bn for tourism projects per year until 2020, and the unveiling of plans to both cultivate existing potential tourist sites and build new ones, prospects have increased dramatically. All added to the growth of the country’s religious tourism through Hajj and Umrah.

In launching these plans, Saudi Arabia joins other GCC members in seeking to make the most of the region’s tourism appeal.

Dubai’s long-standing ambitions to attract 20 million visitors by 2020 appears to be firmly on track, while the UAE’s capital continues to boost its attractiveness with the opening of the Louvre Abu Dhabi, among other attractions, and Ras Al Khaimah solidifies its reputation as an outdoor pursuits hub.

Without doubt, exciting plans are afoot for the future; but for businesses operating in the present, travel and tourism is already proving a thriving sector, with steady growth in recent months.

“In the past two years we have seen a constant level of progression for both inbound and outbound visitor growth,” says Muhammad Chbib, founder and CEO of Dubai-based online travel agency for Middle Eastern travelers, tajawal.

“For example, in 2016-2017 we experienced a 300 per cent sales increase, and we expect it to gain even further momentum in the next few years. This year we projected sales growth of nearly 100 per cent, and at this point we are looking on target to supersede this.”

“The sector is buoyant at present,” she says.

“We are seeing a similar volume of travelers, though our customers are much more value-driven than before. At the same time, when it comes to price, suppliers are offering a more competitive product. Acting as the middleman, it is Mundana’s job to match the two, and as such we are as busy as ever.

“Attitudes to travel are changing. Where once a holiday was seen as a luxury, it is now viewed as a necessary part of annual household expenditure – both as a stress buster and an educational experience.”

The strength of the sector is backed up by Fraser Hospitality’s chief operating officer for the EMEA region, Rebecca Hollants van Loocke, who highlights the increasing role of business travel, despite offering a note of caution regarding the number of players in the market. 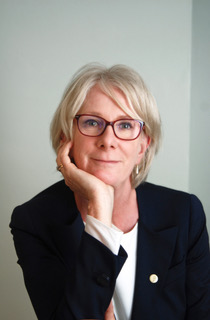 “In certain parts of the region we continue to see strong occupancy,” she says.

“However, due to oversupply of rooms in some markets, and continued investment in improving existing inventory, average rate is under pressure.

“We are seeing more volume-based business across the GCC. The stronger global economy has helped support business across the globe, which has led to increased corporate travel. From now until 2020 the top three business travel markets in the Middle East are expected to be the UAE, Saudi Arabia and Qatar. Bahrain is also drawing large numbers of business tourists due to its hosting of conferences such as the World Islamic Banking Conference.

“Business events bring a large number of groups, which benefits the industry.”

The role of the global economy to any market’s success or struggle cannot be overstated, and according to the World Travel and Tourism Council, things are looking positive. In 2017 the council reported that travel and tourism contributed 10.4 per cent to global GDP in 2017 – the world’s fastest growing sector at 4.6 per cent. Its contribution amounted to some $8.3 trillion, with the Middle East market growing by $224bn, or 8.9 per cent, in the council’s 2018 Economic Impact Analysis.

This makes it the fourth fastest growing region behind Africa (8.8 per cent), North East Asia (7.4 per cent) and South East Asia (6.7 per cent).

And for AlNuami, the ups and downs of any region’s economy can play into the hands of the GCC’s sector.

“Tourism tends to be more resilient to economic and market fluctuations than other industries such as real estate for instance,” she explains.

“We are a global operator in a global economy. A downturn in one area is often accompanied by an upturn in another. If the economy of a particular region is doing less well, demand for holidays will decrease, yet suppliers in that same region will be striving to maintain their global market share by attracting more business from other regions.

“As such, it balances out. The tourism economy is always doing well somewhere.”

It means that recent projected challenges for the travel and tourism industry have largely been mitigated, despite an impression still being made. The most pertinent example of this is value added tax, introduced in the UAE and Saudi Arabia on January 1 this year.

“The impact of VAT has been minimal so far,” confirms Hollants van Loocke.

“This is in part due to proactive communication from us as a service provider to our customers. We had advance notice to ensure our internal processes were in place and were ready to implement on the day.

“It is perhaps too soon to measure an impact of VAT on the business. We have noticed a small drop in spending; our guests are a little more cautious when it comes to spending, and to an extent they are more selective on where they spend their money. This puts pressure back on us to increase our guest engagement, provide value add, and continue to enhance the lifestyle experience that our guests have come to expect of us.”

For travel agencies the effect has been even milder to date.

“So far, the introduction of VAT has not reflected in our sales,” says Chbib, while AlNuami concurs, adding: “The 5 per cent VAT surcharge has had a minimal impact on trade.”

Perhaps a bigger tremor being felt by industry is the customer experience, including the themes of technology, and personalisation.

Continual technological advances and growing customer confidence to dictate the terms of their business are proving key in shaping the industry today and in the months ahead.

As an example, Hollants van Loocke says: “The ease of making booking through social media or WhatsApp will continue to play a part, while building loyalty is an important element, too.

“Technology is a key aspect of our industry that will remain on the forefront. Our customers’ evolving needs will drive more technology innovation such as voice activation in room set-up, keyless entry, mobile app check-in, and so on.

“In parallel, focusing on providing lifestyle experiences and staying true to our core values will be crucial for us to sustain progress.”

Mundana’s AlNuami adds that the customer confidence element is a major aspect for her company and other agencies.

“Access to online search engines has enabled customers to gain a greater awareness of what is available,” she says.

“We’ve noticed they are starting to approach travel agents and consultants already knowing what they want and the price point at which they can achieve it. 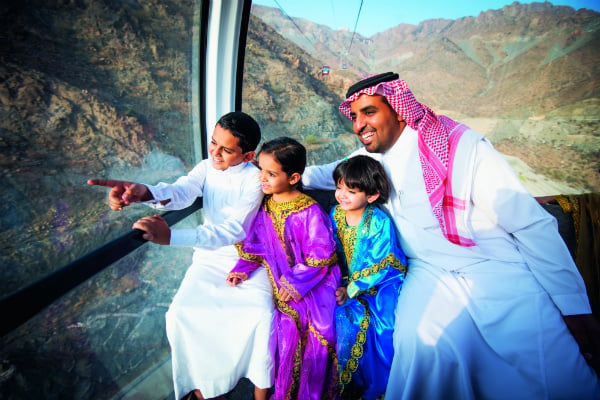 “Customers today are smarter in how they spend their money when it comes to travel, and suppliers and travel agents must be able to provide the customer with the best deal out there – or a service that they will not be able to get elsewhere.”

Tajawal’s Chbib adds weight to this assessment, highlighting the importance of experiences.

“The Middle East traveler is definitely looking for more experience-driven holidays,” he says.

“We are seeing a real demand for people wanting to do something different and daring, and we are responding to this across all elements. Personalisation is going to continue to be big – across all consumer-facing businesses, but particularly in travel.”

While it might sound like a challenge for industry players to meet these demands, there is an overriding sense of optimism that pervades the sector, backed up by the aforementioned plans in Saudi Arabia, the UAE, and beyond.

“The focus on improving the travel sector in the Gulf has in turn improved the aviation and tourism sector for outbound travelers outside the Gulf,” says AlNuaimi.

“This has enabled small businesses like Mundana to take advantage of the improved infrastructure and services to improve the product we can offer to our customers. The atmosphere right now is perfect for start-ups.”

Chbib adds that the moves in Saudi Arabia will have long-standing benefits, and will help tajawal’s future growth.

“We see a very strong focus on creating a domestic tourism sector, particularly in Saudi Arabia. Being in line with the kingdom’s Vision 2030, this will push the growth of the local sector in the next few years,” he says.

“Our roots are in Saudi Arabia, as our parent company is Al Tayyar Travel Group, but tajawal is based and operated from the UAE. It is fair to say we have an affinity with these two countries in particular.”

“I am optimistic. Travel and tourism remains one of the key contributors for overall GDP of many countries, and recently we have seen countries that had in the past ignored this key contributor get on the bandwagon to attract tourism as an additional boost to the local economy and global positioning.

“We are delighted to see the recent roll-out of the new plans [in Saudi Arabia] and see great potential in being part of the future growth. We have already made entry into Saudi Arabia with our recent opening in Riyadh and upcoming opening in Jeddah and Al Khobar, and we are in initial discussions on several other projects that are part of the upcoming national initiatives both in the UAE and Saudi Arabia.

“The lifting of some visa restrictions will be a first for the kingdom of Saudi Arabia and will help drive business to the region.”

With big moves coming from a national level, and industry players seeing benefits to their own prospects, the future of the regional travel and tourism industry looks to be in rude health for some years to come.