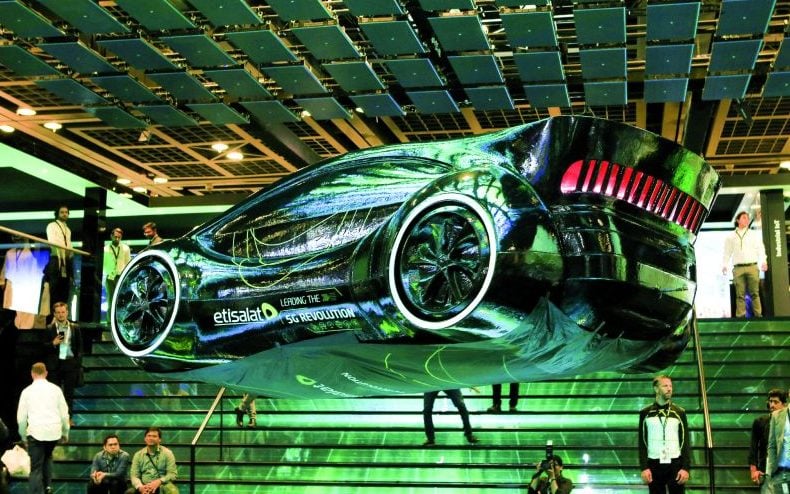 For a region with such high smartphone penetration, it’s hardly surprising that the GCC’s tel+ecommunications industry has emerged as one of the most innovative in the world.

Penetration of 82.2 per cent puts the UAE at the top of the global ranking, while IDC data shows that 23.6 million mobile phones were shipped to the region in 2018: impressive enough on its own, but not a patch on the peak of 33.9 million units in 2015.

In turn, telcos across the Gulf have been upping their game – spending on technologies, initiatives and projects in a bid to keep pace with the region’s appetite.

In 2017, the Gulf’s largest operator, Saudi Telecom Company (STC), announced the establishment of STV – a technology venture fund of $500m – with a view to tapping into artificial intelligence and virtual reality. In October last year, STV led a $21m Series A funding round into B2B cloud communications platform Unifonic – one of the largest Series A investments in the Middle East technology sector.

Not to be outdone, Zain Group CEO Bader Al Kharafi announced the company had spent $750m in 2018, making a number of investments, laying the foundations for 5G, building its fibre footprint, and ensuring interconnectivity to help power the Fourth Industrial Revolution in its markets.

The big talking point for telcos in the region today is 5G. Du’s investment is just the latest in a long line of announcements from operators about the network, which is about a year away from being operational.

The UAE’s largest operator, Etisalat, said in February that it will build 600 5G sites across the country this year, including 300 5G towers in H1, ahead of the first 5G devices which are expected to be issued by manufacturers in 2020.

The company has already tested the first live 5G network in the Middle East, Africa and South Asia, achieving speed of 1.5Gbps at the Dubai Expo 2020 site last year. This was preceded by a record-breaking live trial at GITEX Technology Week in late 2017, where Etisalat reported speeds of 71Gbps – a global record for the industry.

In Saudi Arabia, STC launched its first 5G network in May last year as the kingdom readies itself for the leap in services, speeds, applications and performance that 5G will bring. And in Bahrain, Batelco is also preparing itself to launch 5G, which will be rolled out in three phases, while Zain Kuwait has announced it is ready to go live with 5G in strategic areas of the country.

Nearly a decade in the making, the 5G network will bring major changes to operators and users across the Gulf. These include improved broadband, a rise in autonomous vehicle capabilities, greater remote device control, more efficient healthcare, public safety and infrastructure, and improved IoT, to name but a few.

Essentially, 5G will impact every type of technology it touches – a huge benefit to the likes of Dubai, which has ambitions to be a leading Smart City.

At last year’s GITEX, Etisalat took the bold step of showcasing the future technology and smart services it is investing in.

Visitors were given a glimpse of the telco’s autonomous flying car, its unmanned pharmacy system RoboPhramacy, other health-tech innovations based around augmented reality and robotics, talking humanoid robot ‘Sophia’, and much more.

The company also launched ‘Hassantuk (Arabic for ‘protect you’) for Villas’ in conjunction with the UAE’s Ministry of Interior – a fire alarm system that uses advanced AI smart technologies to monitor and report the fire.

From the practical to the fanciful, these new products and services emphasise the burgeoning role of telecommunication companies in the region – reaching far beyond traditional core offerings.

And Etisalat is not alone. Zain has used AI powered autonomous systems to launch Zain Drone, offering a fleet of drones and applications to conduct advanced analytics for governments and enterprises.

The potential for AI is huge across the board, ranging from nework optimisation to predictive maintenance, and virtual assistants to robotic process automation, opening up new opportunities at the technology becomes more sophisticated.

And the same goes for another new technology set to dramatically change numerous industries: blockchain.

For its part, Etisalat signed an agreement with Hong Kong company 300cubits to address the use of blockchain in business processes for banks, governemtns and private organisations, with the goal of reducing the costs and complexity by 40 per cent over five years.

The agreement was part of the Dubai Future Accelerators initiative, in which Etisalat’s Future Now programme sees the telco collaborates with scale-up companies to solve tech challenges of today and tomorrow.

Another agreement was signed with US firm Tradefin to focus on the adoption of blockchain to enable exchange across various loyalty currencies, and to transform a loyalty currency into a crypto-currency that can be used to perform on and offline transactions.

The role of regulators

Jurisdictions worldwide have been kept on their toes by recent tech developments, but regional regulators have been proactive in addressing telecommunication changes.

The UAE’s Telecoms Regulatory Authority (TRA), for example, is hosting a hackathon in March called Data For Happiness and Well-being, among its various initiatives – creating an opportunity for young people to use open data as a tool for innovation and to boost economic growth.

The regulator has supported the country’s operators with their big leaps, assigning 5G frequencies to du and Etisalat last year, and committing to a forward-looking policy.

In October, TRA board member HE Waleed Ali Falah Al Mansoorie, said: “Future is the focus of our development. Today, we have a national strategy for the Fourth Industrial Revolution. We also have an Artificial Intelligence National Strategy that is a cornerstone of the UAE Centennial Plan 2071. With this, we aim to achieve 100 per cent adoption of AI in services and data analytics by 2031.”

Similarly, Saudi Arabia’s Communications and Information Technology Commission (CITC) has awarded spectrum licences this year to STC and Zain in a bid to support their growing capabilities. And in March 2018, CITC’s new cloud computing regulation was put in place, giving operators a surer foot to move forward on.

It all adds up to an environment supportive of growth and development, with telcos across the region having up-to-date platforms from which to innovate and take the industry into a new and wide-ranging future.